Home › Articles & Blogs › Autumnal Wonders And Where To See Them

Autumnal Wonders And Where To See Them

Autumn is a season like no other; one of colour, action and perpetual movement. A season which I cherish above all others, which marks the start of a number of subliminal wild spectacles, as many species begin preparations for the winter

By James Common on 10th October 2016 in Ecology, Environment 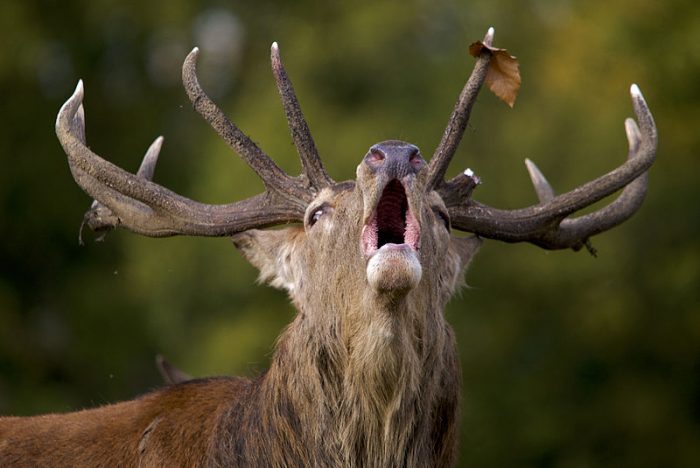 Autumn is a season like no other: one of colour, action and perpetual movement. A season which I cherish above all others, which marks the start of a number of subliminal wild spectacles, as many species begin preparations for the winter to come, arrive, depart and burst to life. It is a season of soaring highs, that everyone should make the most of, and one which I always relish discussing. As such, and with my own excitement levels soaring, I thought I would list a few of my favourite Autumn treats. For those interested, and with a little information on where to enjoy them, for those, like myself, intending to make full use of the seasonal bounty.

Autumn is, without a doubt, the pinnacle of the birdwatching calendar. A time when, given the right mix of weather conditions, many and more migrant birds arrive on our shores – sometimes in mindboggling numbers. Events which to those of an avian persuasion are known as “falls” and, to me, stand as the unrivalled highlight of the changing season.

Backed by Easterly winds, falls usually consist predominately of winter migrants – those species which flock to our shores annually, seeking respite from the less hospitable conditions to the North. Autumn is a great time of year to catch up with charming flocks of Redwing and ‘cackling‘ assemblages of Fieldfare, often arriving with raucous hoards of Song Thrush, Blackbird and Mistle Thrush for good measure. With Brambling – a scarcer, arguably more appealing cousin of the Chaffinch – as well as Goldcrest and Robin also arriving on mass at present, before dispersing into the wider countryside.

Such events, particularly in October, are not, however, restricted solely to Winter visitors. And species more often thought of as Summer residents often arrive in tandem, when the winds turn against them and their annual migration is temporarily thwarted. Just the other day I had the pleasure to catch up with Redstart, Pied Flycatcher and Whinchat in my local sand dunes, and in Autumn, one may enjoy the reclusive Ring Ouzel, Wheatears, Whitethroats and much, much more. The season standing as our last opportunity to enjoy said species before the winter exodus truly begins.

An additional bonus of Autumn falls – particularly for Britain’s twitchers, is their tendency to include rare birds. Particularly, those from continental Europe, but also further afield, from Siberia and beyond. Birds blown off course by the turbulent Autumn weather, that fleetingly grace our shores each year. With the spritely Yellow-Browned Warbler – from the Russian Ural Mountains – an increasingly common sight in recent years, and species such as Pallas’s Warbler (shown below), Wryneck and Bluethroat always a possibility. In addition, of course, to the select few truly remarkable birds that drop from the skies to greet birders each Autumn. Recent examples including Britain’s first Siberian Accentor on Shetland, and a remarkable White’s Thrush on Lindisfarne, Northumberland. One never quite knows what you will see during Autumn and it is always worth looking.

As for where to witness falls, there are a number of “prime” locations across Britain, including Shetland, Scilly and the numerous bird observatories which dot our coastal headlands. This said, any stretch of coastline, particularly on the East coast, does, however, have the potential to delight at this time of year. And for those unable to get there, the tendency for birds to turn up in altogether unusual places should never be overlooked:

A GANDER AT GEESE

Coinciding with the arrival of our Winter passerines, many other bird species flock to our shores in Autumn. With perhaps the most numerous of these being our geese. Indeed, in Autumn, vocal skeins of arriving geese are a common sight along our coastline as a number of species make landfall for the first time following their maritime crossing. Delightfully monochrome Barnacle Geese, fresh in from Svalbard or mighty flocks of Icelandic Pink-Feet, it matters not. And observing goose flocks in Autumn is both uplifting, and incredibly interesting. The pleasant ‘honking‘ of these gregarious winter migrants epitomising, perfectly, the shifting season.

Depending on your particular poison, there are a number of prime sites where one can enjoy our winter geese. If, like me, you are fond of the diminutive Brent Goose, you could travel to Lindisfarne in Northumberland, or the saltmarshes of Norfolk to enjoy this species in all their  glory. For Barnacle Geese, why not visit the Solway Firth or Islay – the latter also one of the best places to also enjoy our arriving White-Fronted Geese. For Pink-Feet, the Montrose Basin in Angus is perhaps one of the best, though given their recent population surge, this species can now be enjoyed at many locations across the British Isles. If you do not wish to travel, so be it. Geese, on migration, can be seen almost anywhere, either on the wing, or resting up in arable fields or grassy pasture. Go on, have a look. And stay vigilant for oddities nestled among their ranks – the potential for a Bean Goose, or something altogether more unusual growing as the Autumn advances.

This one needs little introduction, and for those, like me, addicted to shows such as Autumnwatch the haunting roar of Red Deer stags in Autumn will be a familiar sound. A guttural noise which resonates across many areas of upland Britain, travelling for miles and ensnaring all lucky enough to hear it. Standing as a precursor to the annual clash between testosterone fuelled stags vying for the affections of their harems. And often resulting in awe-inspiring bouts of violence. Something I have witnessed, myself, on but a handful of occasions, but to me embodies the very best of our action-packed Autumn.

Rutting Red Deer can, mercifully, be viewed at many locations across Britain. In the mystical glens of the Cairngorms National Park in Scotland (and across much of Scotland for that matter), or in areas such as Martindale in the Lake Distinct. And even in many lowland areas, with Leighton Moss in Lancashire another site accessible to many. Though it should be noted that the rutt is not restricted to Red Deer, and for those far removed from such things, sites that hold populations of non-native Fallow or Sika are also worth a visit. With Richmond Park in London as good a place as any to enjoy this splendid seasonal spectacle.

Of all of the Autumn wonders already mentioned in this brief list, this is the one that requires perhaps the least effort to enjoy. The caching behaviour of our woodland wildlife standing testament to the dynamic nature of the Autumn season, and the ensuing hardships it preempts. With many animals already setting about the time-consuming process of storing food fo Winter. Including our Jays – their regular acorn-fuelled flights between stands of woodland a common occurrence at this time of year, when the colourful corvids vie with our squirrels for the fruits of our oak trees. It is, however, squirrels that put on perhaps the best show as they fill their larders for the season to come.

For those living in many areas, it is the invasive Grey Squirrel that is perhaps most frequently seen. In our parks, gardens, woodlands and many other tree-strewn places. And despite their troublesome reputation, it is this species that is most easily enjoyed in Autumn. As the bushy-tailed ones hop too and throw across the woodland floor, cheeks loaded with the fruits of their labours. A sight mirrored in the sparse areas still lucky enough to harbour our embattled reds. A species which I, personally, have enjoyed over the last few days in Northumberland, that can still be observed in Cumbria, on Anglesey and, of course, across much of Scotland. The russet ones looking particularly appealing at this time of year as their thicker winter coat begins to materialise and they set about their annual preparations.

Autumn is, without a doubt, my favourite season. A time of action, excess and allure comparable only with the fresh start provided by Spring. The four spectacles listed above comprising those I seek out, year on year, in the hope of engrossing myself in the finery of the season. There is, however, much more to enjoy at this time of year: from the radiance of our deciduous trees and the deluge of arriving ducks, to the flocking behaviour of our tits and finches. Whatever you do this Autumn, wherever you live or find yourself travelling, it is always worth taking a minute, if only to enjoy the undeniable appeal of the British Autumn. An ephemeral season, rife with delights, that all should treasure before it ends.