“We are delighted by Natural England’s decision to grant us a licence to give these beavers a long term future on the River Otter.”

By Alex Taylor on 11th February 2015 in Animal Conservation 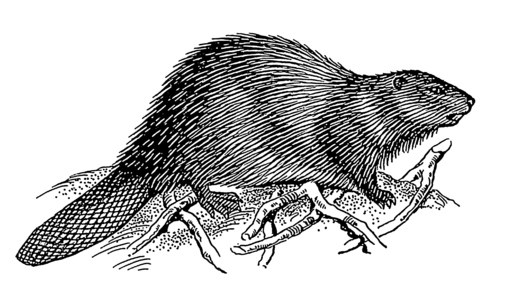 Beavers were first discovered living in the River Otter in Devon in February last year. There are now known to be three kits and at least 8 adults living there, and are the first European beavers since the 18th century to breed in the wild in England. How they got there is unknown – they are perhaps escapees or were liberated by “beaver bombers”, wildlife vigilantes who illegally release animals to the countryside.

However they got there, they are now officially allowed to stay. Natural England has granted the Devon Wildlife Trust a five year licence to monitor the beavers, providing they are disease free. Defra had initially announced in July that the beavers would be captured and removed because they pose a risk to human health from a tapeworm that European beavers are known to carry. This prompted a legal challenge by Friends of the Earth, and the Devon Wildlife Trust to apply for the licence. The licence states that the Trust must develop a strategy “to deal quickly with any undesirable impacts which the beavers may have on the River Otter during the trial period, as well as a monitoring programme to study their impacts.” The tapeworm is not present in the UK, but as part of the licence the beavers will be briefly brought in to captivity for health checks to be conducted, to ensure none are carriers.

The decision to let the beavers remain in Devon has provoked a large response from the vast majority of local people who were in favour of the beavers’ presence and those who worked hard to ensure they stay. “We are delighted by Natural England’s decision to grant us a licence to give these beavers a long term future on the River Otter,” said Harry Barton, Chief Executive of Devon Wildlife Trust. “It’s the result of a great deal of effort by our charity, supported by partner organisations across the UK and, most importantly, by the local community.”

Beavers are keystone species, meaning that they have a large impact on their surroundings and other species in their habitat. They fell large and small trees, and create sophisticated dams that hold vast amounts of water. The beavers use these lakes to travel to new foraging areas. Many supporters of the Devon beavers see them as hugely beneficial to the area. “The beavers of the River Otter are the first breeding population in the English countryside for hundreds of years. We believe they can play a positive role in the landscapes of the 21st century through their ability to restore our rivers to their former glories. We know from our own research and research done in Europe that beavers are excellent aquatic-engineers improving the flood and drought resilience of our countryside and increasing the water quality of our rivers. They are incredibly industrious animals and their hard work has benefits for people and wildlife,” says Barton.

This is the first time that permission has been granted to re-introduce a mammal previously extinct in England. Beavers were hunted to extinction 500 years ago for their highly valuable fur and oil, and their meat. The granting of this licence is the first step to restoring these animals to their rightful place in the country.