Giraffes are at risk of extinction after suffering a nearly 40% decline in numbers over the past 30 years. 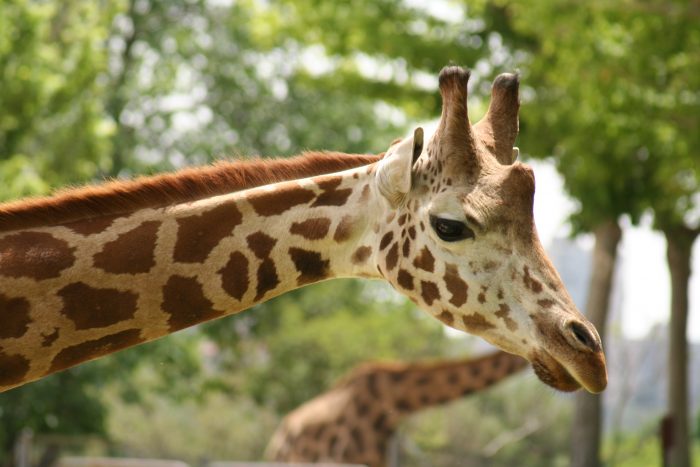 The latest update to the IUCN’s Red List has shown that the world’s tallest animal is at risk of extinction. Its population has plummeted after suffering a devastating decline in numbers over the last 30 years.

As the human population has risen in Africa, the habitat available to the giraffes has been lost due to farming and deforestation. Illegal hunting has also taken its toll, and the impact of civil wars is contributing to the species’ decline.

“In these war torn areas, in northern Kenya, Somalia, and Ethiopia in the border area with South Sudan, essentially the giraffes are war fodder, a large animal, extremely curious that can feed a lot of people. Whilst giraffes are commonly seen on safari, in the media and in zoos, people – including conservationists – are unaware that these majestic animals are undergoing a silent extinction,” said Julian Fennessy, co-chair of the IUCN’s giraffe and okapi specialist group. “It is timely that we stick our neck out for the giraffe before it is too late,” he said.

Sir David Attenborough said in June: “These gentle giants have been overlooked. It’s well known that African elephants are in trouble and there are perhaps just under half a million left. But what no one realised is there are far fewer giraffes, which have already become extinct in seven countries.”

Giraffes are widespread across southern and eastern Africa, with smaller isolated populations in west and central Africa. A recent study suggested that the giraffe was actually four different species, but for this update, the IUCN stuck with the traditional definition of one species with nine subspecies. Of these subspecies, five have falling populations, one has remained stable and three have rising populations. The differing fortunes of these populations seems to be highly dependent on location – in southern Africa, giraffe numbers have increased by two or three times over the last three decades, but in East Africa, numbers have plummeted by up to 95% over the same time period.

The success of keeping giraffe numbers high in southern Africa has much to do with the management of game parks for tourists and, although it is believed some populations will be lost, there is optimism that the giraffe’s long term future is bright.

“South Africa is a good example of how you can manage wildlife, there is a lot of moving of animals between different conservation areas, it is a very different scenario than in most of the rest of Africa,” said Chris Ransom from the Zoological Society of London. “I think giraffes can survive, with the right conservation efforts, and we can ensure that the animals do live in the wild. There are a lot of cases of success in conservation. The giraffes could be one.”