Researchers discovered that two solitary bee species in Canada are using polyurethane and polyethelene-based plastics in the formation and closing of their brood cells. 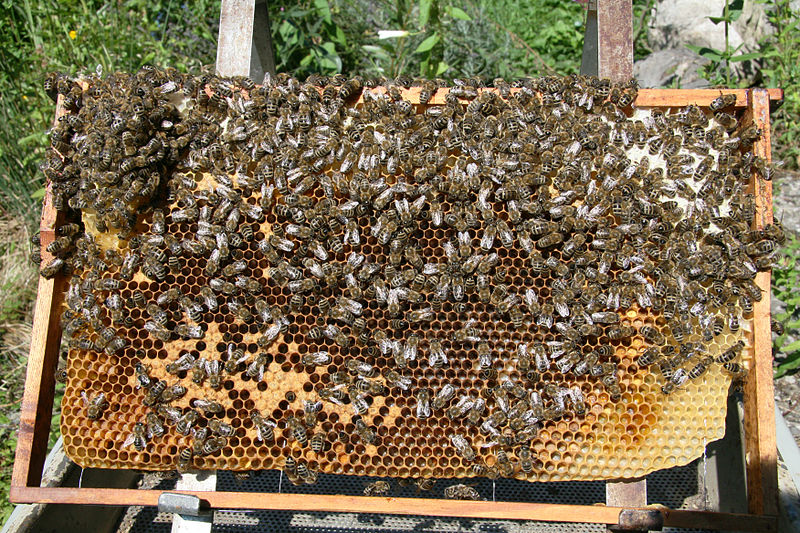 Most bee species use natural materials found in their surrounding environment to build their hives. However, a recent study has found that some bees are using man made materials instead to construct their hives.

Researchers discovered that two solitary bee species in Canada are using polyurethane and polyethelene-based plastics in the formation and closing of their brood cells. Their research was recently published in Ecosphere.

The two species both used plastic similar to the natural materials they would usually use. The bee species Megachile campanulae used polyurethane-based exterior building sealant, instead of their usual plant and tree resins to construct their brood cells. When the researchers first saw this grey ‘goo’ in use they thought it might be chewing gum, but further analysis proved them wrong.

In contrast, the Megachile rotundata species replaced one quarter of the cut leaves it normally would use to construct brood cells, with pieces of polyethylene-based plastic bags. Plastic bags are probably one of the most common forms of plastic waste you see around, so maybe it isn’t unsurprising that this was one of the first waste materials found to be used. In fact, their use by bees could even help to clear up some of the many waste biodegradable and non-biodegradable plastic bags that clutter our environment.

The researchers found that Megachile rotundata had cut the plastic in a different way to that which it cuts the leaves, and that leaves were not in short supply. It appears that it wasn’t by incident that they had used the plastic.

In both species, larvae was found to hatch successfully, showing that there were no adverse effects from using plastic waste. In fact, they found that the bees which emerged were also parasite-free indicating that maybe plastic has some benefits and somehow stops parasites.

It is great that bees seem to be adapting to the environment they live in, but it definitely isn’t a reason to think that creating plastic waste is fine. Many other species are affected by its use, often getting trapped in, or ingesting it. The study does also suggest that whilst the cutting of plastic bags did not appear incidental, the use of polyurethane-based sealants could be because the brood cells they were found, were still surrounded by the natural plant resins they would usually use.

The study suggests that bees possess the adaptive traits necessary to cope in an increasingly urban environment. However, it does remain to be seen whether further bee species in Canada and other parts of the world exhibit this novel use of plastic in hive construction. The effects plastic has on larvae development certainly needs further research. Two cases of its use aren’t really a big enough representative sample, but further research does rely on more cases of urban bees using plastic waste being found. There is a paper, which the study references, entitled ‘Accumulation and fragmentation of plastic debris in global environments‘ which notes several examples where animals have been affected by plastic. It will certainly be interesting to see if there are any more cases of plastic use by urban bees in the future.