A worldwide survey has revealed that hundreds of marine turtles are dying each year because they are becoming entangled in rubbish in our oceans and on our beaches. 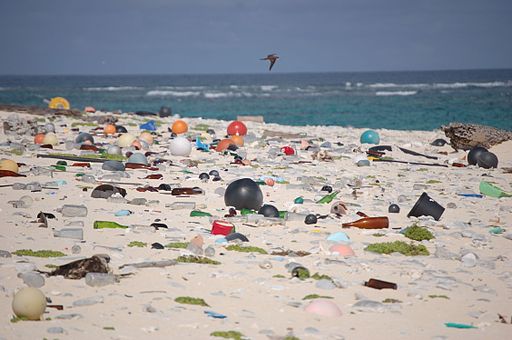 It is predicted that, by 2050, the oceans will contain more plastic than fish by weight. Plastic as we know it has only really existed for the last 60 to 70 years, but in that time it has transformed everything from clothing, catering, product design, engineering and retailing. Plastic is a durable material made to last forever, yet 33% of it is used once and then thrown out and it cannot biodegrade; it breaks down into smaller and smaller pieces. Millions of tonnes of plastic a year are discarded with only a comparatively small percentage being recycled. Just last month the United Nations warned that marine life is facing “irreparable damage” from the plastic waste which ends up in the oceans every year. UN Oceans Chief Lisa Svensson stated: “This is a planetary crisis… we are ruining the ecosystem of the ocean.”

A new study has confirmed the impact of plastic pollution in oceans on some of our best loved species. It revealed that hundreds of marine turtles die every year after becoming entangled in rubbish in the oceans and on beaches, including plastic ‘six pack’ holders and discarded fishing gear.

The rise in plastic refuse in the ocean and on beaches is killing turtles of all species, with a disproportionate impact on hatchlings and young turtles. The research was conducted by the University of Exeter, and recently published in the journal Endangered Species Research.

The research team surveyed experts who rescue and rehabilitate stranded turtles in 43 countries, to find out if they had discovered turtles which had been tangled up. They also found 23 reports of entangled turtles in peer-reviewed publications, magazines, newspapers and reports.

The worldwide survey (covering the major oceans where turtles live) discovered that 91% of the entangled turtles were found dead. They also suffered serious wounds from entanglement, leading to maiming, amputation or choking. Others that survived were forced to drag discarded rubbish or debris with them.

The research sheds light on the true threat of plastic pollution to marine turtles, which, other research has shown, also eat plastic rubbish, and marine creatures caught up in it.

Professor Brendan Godley, Professor of Conservation Science and Director of the Centre for Ecology & Conservation at the University of Exeter and the lead author warned that as plastic pollution increases more and more turtles are likely to become entangled. Mortality from entanglement has increased substantially over the last century, as with marine mammals and birds.

Eighty-four per cent of the 106 experts surveyed on the Atlantic, Pacific Caribbean, Mediterranean and Indian ocean coast, who responded said that they had found turtles tangled in rubbish, including plastic debris and lost or discarded fishing gear.

The report concluded that, based on the survey results, more than 1000 turtles are likely to die due to entanglement. But the figure is likely to be a ‘gross underestimation’ of the scale of the threat to turtles. Not all dead turtles strand on beaches, especially young animals, and some decay at sea. Some of the experts surveyed said that not all stranded turtles are found and that some are removed by local people to eat.

Hatchlings and young sea turtles are particularly susceptible to getting tangled up in lost or discarded fishing gear or floating debris. Juvenile turtles ride on ocean currents to zones where floating rubbish and debris is concentrated creating an ‘ecological trap’. They also ‘set up home’ near floating debris and can remain there for years.

Professor Godley said the mortality rate from becoming tangled up in human refuse was, in practice, likely to be far higher than 1,000 turtles a year estimated by the limited survey. “Plastic rubbish in the oceans, including lost or discarded fishing gear which is not biodegradable, is a major threat to marine turtles. We found, based on beach strandings, that more than 1000 turtles are dying a year after becoming tangled up, but this is almost certainly a gross underestimate. Young turtles and hatchings are particularly vulnerable to entanglement,” he said.

“Experts we surveyed found that entanglement in plastic and other pollution could pose a long term impact on the survival of some turtle populations and is a greater threat to them than oil spills. We need to cut the level of plastic waste and purse biodegradable alternatives if we are to tackle this grave threat to turtles’ welfare.”

All species of turtle were found entangled, but Olive Ridley turtles are the most likely species to get tangled up. The species nests in the hundreds of thousands. It forages in areas where marine debris can aggregate, and may also be attracted to feeding on marine rubbish, including discarded fishing tackle.

Most entanglements recorded were in lost or discarded fishing gear known as ‘ghost fishing’ rope, nets and lines. Since the 1950s the fishing industry has replaced natural fibres such as cotton, jute and hemp with synthetic plastic materials such as nylon, polyethylene and polypropylene which doesn’t biodegrade in water.

The report concludes: “Entanglement with anthropogenic plastic materials, such as discarded fishing gear, as well as land based sources, is an under reported and under researched threat to marine turtles.”

But it points out some communities are actively working to rescue turtles that get tangled up. Fishermen in Sicily volunteer to take part in the rescue of turtles in difficulty at sea and on beaches, and are trained to transfer them to rescue centres. And a coastal community in Nicaragua recycles plastic bags found on beaches. Simple actions by all of us, whether it is using re-useable bags and water bottles, or buying food that has less packaging, can make a difference.