Scientists trying to save endangered species are finding help in museum collections. It has been shown that using DNA specimens from old specimens to understand evolution and threats to their survival. 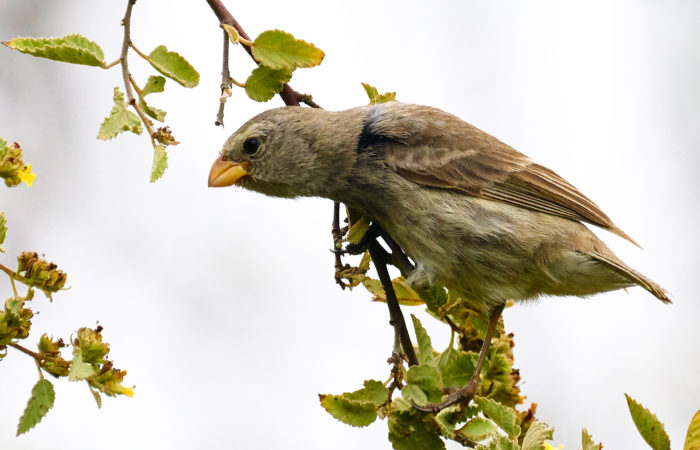 Scientists who are trying to save species at the brink of extinction are finding help in an unexpected place, highlighted by a new study published in the journal Conservation Genetics.

Heather Farrington, curator of zoology for the Cincinnati Museum Centre, is using DNA from specimens collected more than 100 years ago to help understand the evolution and stresses faced by today’s animals. She runs the museum’s new state-of-the-art genetics laboratory, which helps researchers study populations of animals over time.

Researchers increasingly are embracing the power of ancient DNA from old museum specimens to answer questions about climate change, habitat loss and other stresses on surviving populations. Ancient DNA has been used to explain the diversity of livestock in Africa and the first domestication of wild horses in Asia.

Farrington earned her doctorate in biological sciences from the University of Cincinnati, where she charted the family trees of Galapagos finches and used the latest DNA tools to gain fresh insights about the birds from century-old museum specimens. The museum’s genetics lab works with researchers and government agencies on a variety of projects that require DNA analysis, from conserving wildlife to improving our understanding of the natural world.

Recently, the lab helped with a conservation project on the Allegheny woodrat, a small rock-loving rodent that is in decline across much of its historic range from Indiana to New Jersey. In Ohio it’s found in only one place, the Richard and Lucille Durrell Edge of Appalachia Preserve, a mix of mature forest and limestone cliffs along the Ohio River. The museum’s lab analysis found that Ohio’s woodrats are maintaining their genetic diversity so far despite their geographic isolation.

The lab also has studied the genetics of Ohio’s crayfish and a beautiful yellow-and-black songbird called a hooded warbler. The museum’s DNA lab has glass walls on two sides so the public can watch scientists at work. Next door, visitors also can watch museum staff and volunteers prepare fossils from a public gallery at the paleontology lab.

The lab keeps DNA samples in refrigerators, including one set to a chilly minus-112 degrees Fahrenheit. Scientists can identify the concentration of DNA, amplify the sample and sequence it to understand the lineage and relationships of species.

Farrington realised what a valuable resource museum collections are for genetic research. For her dissertation, she examined museum specimens gathered more than 100 years ago to understand how Galapagos finch populations have changed over time. And she developed many of the important lab techniques she uses at the museum while conducting research at the University.

Biology professor Kenneth Petren, who recruited her to the university said: “While at the University of Cincinnati, Heather worked very hard to pioneer the use of museum specimens for population genetics analysis. Our lab was a leader in this field because of Heather’s efforts. She used the techniques she developed to address issues of conservation in several different species of Galapagos finches. She went on to become a leader in the field of environmental DNA in her role working for the U.S. Department of Defense, which was interested in monitoring rare species or to provide early warnings of problematic invasive species like the Asian carp.”