When Birds and Buildings Collide

It is not that birds are unaware of their surroundings; they are simply not primed, via learning or evolution, to detect hazardous man-made structures that extend into their airspace.

By Alex Taylor on 27th May 2014 in Bird Conservation, Research 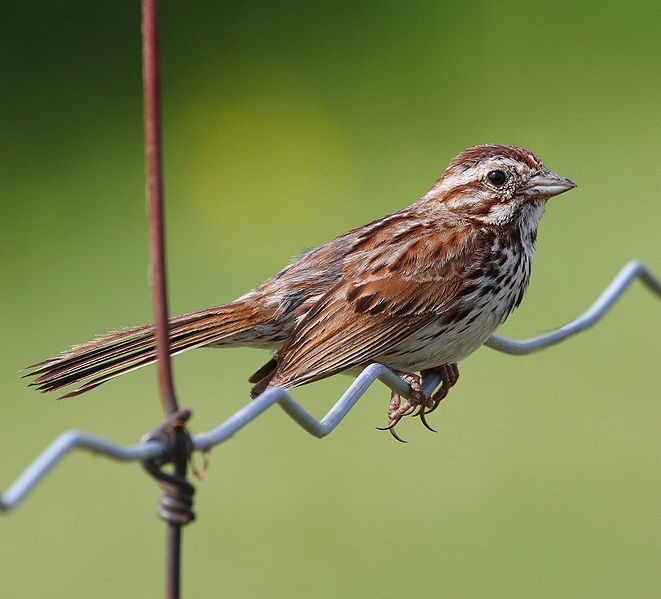 As the human population continues to grow, and more people move from rural areas to urban ones, the world’s cities are expanding at a rapid rate. The consequences of this on urban wildlife is varied, with some species suffering and some flourishing. Specifically, the impact on birds is great. With more buildings being constructed, there are more obstacles in the way of the birds flying through cities, and the number of birds falling victim to collisions is frighteningly huge.

A review of studies examining bird and building collisions from the United States was published earlier this year in the journal The Condor: Ornithological Applications. The research was based on 92,869 records from 23 studies – by far the largest building collision data set collected to date. The review found that between 365 and 988 million birds are killed annually in the USA. This makes building collisions one of the largest causes of bird deaths from anthropogenic sources in the country.

The scientists behind the review, from the Smithsonian Conservation Biology Institute and the US Fish and Wildlife Service, used the data to systematically quantify total bird collision mortality. The generated estimates of mortality for different classes of buildings, and made a surprising discovery. They found that just 1% of bird mortality occurred at high rise buildings, those over 12 stories tall. This translates as between 104,000 and 1.6 million dead birds each year. Mortality at low-rise buildings, between 4 and 11 stories tall, was 56% (62-664 million birds per year), and at residences from one to three stories tall mortality was 44% (159-378 million birds per year). The wide range of the estimates is due to correction for “scavenger removal and imperfect detection.”

The scientists also quantified species-specific vulnerability to collisions for all buildings and for each building type. The top four species most likely to be killed by hitting a building is the Song Sparrow, the White-throated Sparrow, the Dark-eyed Junco and the Ovenbird. All of these species are relatively common garden birds in North America, but deaths from building collisions may be contributing to declines in certain populations. The species that were most vulnerable relative to their population size include the Grey Catbird and the Ruby-throated Hummingbird.

The authors of the review wrote in the paper: “Our analysis indicates that building collisions are among the top anthropogenic threats to birds and, furthermore, that the several bird species that are disproportionately vulnerable to building collisions may be experiencing significant population impacts from this threat.”

This analysis is vital as it gives a more robust estimate of building collision mortality and could help with efforts to reduce collisions. Such efforts have already improved matters in cities across North America in Minnesota, California and Toronto in Canada. Toronto is home to FLAP, the Fatal Light Awareness Programme, an organisation that aims to raise awareness, and help solve the problem, of bird collisions, due to birds being attracted to lights on towers at night or birds hitting windows because they can’t see the glass. The issue is a very serious one in the city, as Programme co-ordinator Paloma Plant explains: “Toronto sits on a crossover of two major North American migratory bird flyways, the Atlantic and Central flyways. These combined flyways draw hundreds of thousands of birds through the area twice a year. Unfortunately, it is also where the city of Toronto is located, and where urban sprawl has continued at an alarming rate in the last 20 years.”

FLAP has developed Bird Safe Standards for buildings and provide an audit service to assess a building with regard to the risk it poses when considering bird collisions. And, according to their website, the heart of their work is the rescue of victims of collisions by trained volunteers. Some birds recover within an hour or two and can be released in a park or wilderness area. However, many have head injuries, eye damage or broken wings, and must be transported to a wildlife rehabilitation centre for veterinary care. So far they have rescued tens of thousands of birds from 164 species, including many that are already at risk. Yet the highest number of birds found dead in one day totals almost 600.

The review highlighted the vast number of birds that are killed by hitting residential buildings, and FLAP has some recommendations to make your home safer. They suggest locating bird feeders and bird baths half a metre or less from your windows. This may seem counterintuitive, but it means that the distance is too short for birds to build up enough momentum to injure themselves should they hit the window. Birds could see houseplants through the window and perceive them as a possible perch, so plants should not be too close to the window. And closing curtains and blinds can help reduce the illusion of a clear passage through the window.

Conversely, Professor Graham Martin, who studies sensory ecology, believes that we should stop addressing the problem from a human viewpoint, and instead take a bird’s eye view. The section of the visual field that is used for detailed analysis looks directly forward in humans, and this region of forward binocular vision constitutes a major portion of the total visual field. In contrast, this region is very narrow in birds – they achieve binocular vision through the peripheral vision of each eye. According to Professor Martin: “Humans see the world as being in ‘front’ and we move ‘into’ it. Birds probably see the world as being ‘around them’ and they move ‘through’ it.” The frontal vision in birds may be restricted to seeing nearby objects, and used for activities such as chick rearing, nest building and foraging. In flight, birds are more concerned with detecting aerial predators that are likely to appear above or behind the bird, rather than in front. In addition, birds of many species fly with their head downwards, on the lookout for prey or foraging patches.

Also, birds cannot readily slow down. “Sustained slow flight is costly or aerodynamically impossible, and hence reducing speed to match the rate of gain of information to increasing perceptual challenges is unlikely to occur. In other words, when the environment restricts the information available (e.g. because of rain, mist, low light levels), birds cannot fly more slowly to meet the increased perceptual challenge,” explains Professor Martin. He adds that, when it comes to preventing collisions “it is wrong to assume that birds are looking forward into the open airspace and attending to what might lie ahead of them.”

It is not that birds are unaware of their surroundings; they are simply not primed, via learning or evolution, to detect hazardous man-made structures that extend into their airspace. As we alter our landscape at an ever-increasing rate, the change is occurring too quickly for birds to adapt. To save their lives, we must learn to see the world as they do.