A bee in Australia has been discovered, after no sightings had been made of it for 100 years. However, it is extremely rare due to habitat loss and fragmentation, wildfires and climate change. It is also favours just one specific vegetation type, and with little known of its biology, time is running out to protect this native species. 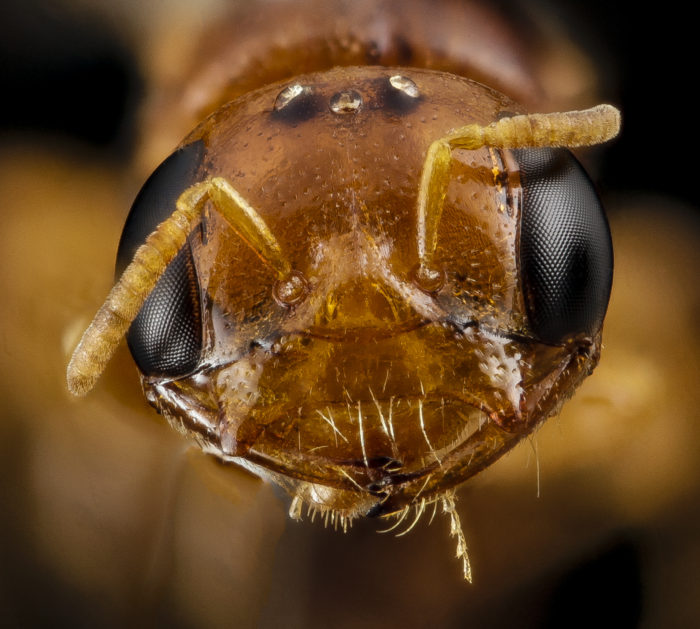 A widespread field search for a rare Australian native bee not recorded for almost a century has found it’s been there all along, but like so many rare species, is probably under increasing pressure to survive.

Only six individuals were ever found, with the last published record of this Australian endemic bee species, Pharohylaeus lactiferus (Colletidae: Hylaeinae), from 1923 in Queensland.

“This is concerning because it is the only Australian species in the Pharohylaeus genus and nothing was known of its biology,” Flinders University researcher James Dorey says in a new scientific paper in the Journal of Hymenoptera Research.

The hunt began after fellow bee experts Olivia Davies and Dr Tobias Smith raised the possibility of the species’ extinction based on the lack of any recent sightings. The ‘rediscovery’ followed extensive sampling of 225 general and 20 targeted sampling sites across New South Wales and Queensland.

Along with extra bee and vegetation recordings from the Atlas of Living Australia, which lists 500 bee species in NSW and 657 in Queensland, the Flinders researchers sought to assess the latest levels of true diversity warning that habitat loss and fragmentation of Australia’s rainforests, along with wildfires and climate change, are likely to put extinction pressure on this and other invertebrate species.

Highly fragmented habitat and potential host specialisation might explain the rarity of P. lactiferus. Australia has already cleared more than 40% of its forests and woodlands since European colonisation, leaving much of the remainder fragmented and degraded.

Mr Dorey says: “My geographical analyses used to explore habitat destruction in the Wet Tropics and Central Mackay Coast bioregions indicate susceptibility of Queensland rainforests and P. lactiferus populations to bushfires, particularly in the context of a fragmented landscape.”

The study also warns the species is even more vulnerable as they appear to favour specific floral specimens and were only found near tropical or sub-tropical rainforest – a single vegetation type: “Collections indicate possible floral and habitat specialisation with specimens only visiting firewheel trees and Illawarra flame trees to the exclusion of other available floral resources.”

Known populations of P. lactiferus remain rare and susceptible to habitat destruction (e.g. from changed land use or events such as fires). Mr Dorey explains: “Future research should aim to increase our understanding of the biology, ecology and population genetics of P. lactiferous. If we are to understand and protect these wonderful Australian species, we really need to increase biomonitoring and conservation efforts, along with funding for the museum curation and digitisation of their collections and other initiatives.”