Home › Articles & Blogs › The Comeback of the Galapagos Tortoise

The Comeback of the Galapagos Tortoise

The global population was down to just 15 tortoises by the 1960s. Now there are some 1,000 tortoises breeding on their own. The population is secure. It’s a rare example of how biologists and managers can collaborate to recover a species from the brink of extinction. 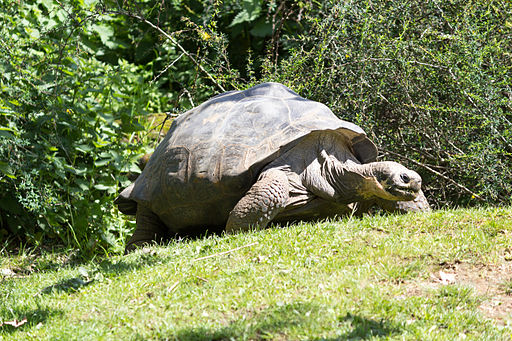 “A true story of success and hope in conservation.” These are the words of the lead author of a new study, reporting on the recovery of a population of endangered giant tortoise on the Galapagos Island of Espanola.

For centuries giant tortoises were decimated by whalers who collected them and took them on long voyages for food. By the 1960s, only 15 animals remained. They were then put into a special breeding programme which has since produced over 1,500 offspring. Forty years since the first reintroduction of captive-bred tortoises, the Espanola giant tortoises are now reproducing in the wild.

The study, published in PLOS ONE, assessed the tortoise population using 40 years of data. Scientists from the Galapagos National Park Service, the Charles Darwin Foundation and from all over the world have studied these tortoises, marking and recapturing them repeatedly for measuring and monitoring. The whole effort has involved hundreds of people. Lead author of the study James P. Gibbs, professor of vertebrate conservation biology at the State University of New York, said: “The global population was down to just 15 tortoises by the 1960s. Now there are some 1,000 tortoises breeding on their own. The population is secure. It’s a rare example of how biologists and managers can collaborate to recover a species from the brink of extinction.”

The comeback of the giant tortoises means that the habitat is recovering from the destruction caused by feral goats, which were brought to the island in the late 19th century by fishermen to provide food. The goats ate everything and turned the island into a dust bowl. They were eradicated in the 1970s, but shrubs and small trees have been the first to recolonise Espanola. This hinders the growth of cactus, which is a vital part of the tortoises’ diet, as well as the tortoises’ movement.

The giant tortoises eat the fruits and pads of cacti, and disseminate their seeds through their droppings, helping the growth and spread of the plant throughout the island. They can also trample and prevent the growth of woody plants. Giant tortoises are “ecosystem engineers” because their large bodies, long life (up to 170 years) and feeding activities helps to make life possible for a wide variety of other animals. The increase in cactus, aided by the growth of the giant tortoise population on Espanola, will benefit the many songbirds and reptiles that feed on the plants.

The tortoises are gradually helping the island return to its pre-goat state, but this shift will take a very long time. Professor Gibbs states: “This is a miraculous conservation success accomplished by the Galapagos National Park Service, but there is yet more work to fully recover the ecosystem upon which the tortoises and other rare species depend. Population restoration is one thing but ecological restoration is going to take a lot longer.”