By producing detailed maps on the distribution of the world’s reptiles, an international team of scientists has completed the ‘atlas of life’, the first global review and map of every vertebrate species on Earth. 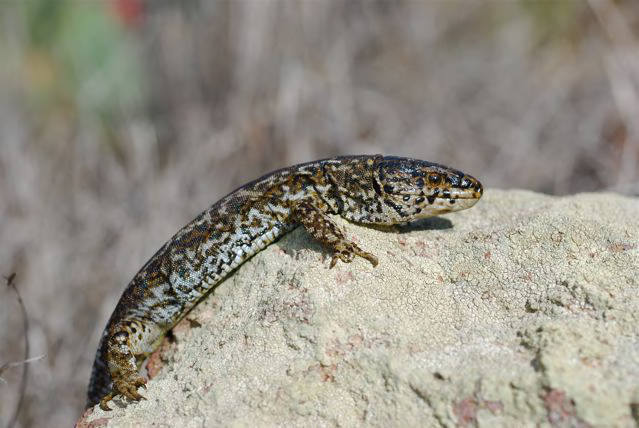 An international team of scientists has completed the ‘atlas of life’ – the first global review and map of every vertebrate on Earth. Led by researchers at the University of Oxford and Tel Aviv University, and with the help of 30 other institutions, a catalogue and atlas of the world’s reptiles has been produced. By linking this atlas with existing maps for birds, mammals and amphibians, the team has found many new areas where conservation action is vital. The research was published recently in the journal Nature Ecology and Evolution.

In order to best protect wildlife it is important to know where species live, so that the right action can be taken and scarce funding allocated in the right places. These detailed maps highlight the whereabouts of all known land-living vertebrates on Earth and will be a vital tool for the conservation of endangered species.

Maps showing the habitats of almost all birds, mammals and amphibians have been completed since 2006, but it was widely thought that many reptile species were too poorly known to be mapped. This new reptile atlas covers more than 10,000 species of snakes, lizards, turtles and tortoises.

Professor Shai Meiri from Tel Aviv University, who first planned the project more than ten years ago, said: ‘Mapping the distributions of all reptiles was considered too difficult to tackle. But thanks to a team of experts on the lizards and snakes of some of the most poorly known regions of the world we managed to achieve this, and hopefully contribute to the conservation of these often elusive vertebrates that suffer from persecution and prejudice.’

The data completes the world map of 31,000 species, which includes around 5,000 mammals, 10,000 birds and 6,000 frogs and salamanders. The map has revealed unexpected trends and regions of biodiversity fragility. They include the Arabian Peninsula and the Levant, inland arid southern Africa, the Asian steppes, the central Australian deserts, the Brazilian caatinga scrubland, and the high southern Andes.

Lead author Dr Uri Roll, said: ‘Lizards especially tend to have weird distributions and often like hot and dry places, so many of the newly identified conservation priority areas are in drylands and deserts. These don’t tend to be priorities for birds or mammals, so we couldn’t have guessed them in advance.’

Dr Richard Grenyer from Oxford University, said: ‘On the one hand, finding vital areas in arid regions is a good thing because the land is fairly cheap. But deserts and drylands are also home to lots of other modern activities, such as major irrigation projects, huge new solar power developments, and sometimes widespread land degradation, war and conflict. This makes them very challenging environment for conservationists to work.’

The maps have also allowed conservationists to ask whether environmental efforts to date have been invested in the right way, and how they could be used most effectively.

Dr Grenyer added: ‘Thanks to tools like our atlas, scientists can for the first time look at the terrestrial Earth in its entirety, and make informed decisions about how to use conservation funding. This is not to say that the work done to date has been inaccurate: based on our knowledge at the time, conservationists have often made some really good decisions. But now conservation has the data and tools required to bring planning up to the same level as the businesses and governments who might have an eye on land for other uses. Maybe we’re actually a bit better, and we’re doing it in the open.’

The IUCN is currently classifying the species featured in the map with a rating, from “critically endangered” to “least concern.” Once this work is complete, the interactive resource will be freely available for public access and use. Its creation will allow a range of stakeholders, such as conservation organisations, countries, businesses and individuals, to understand the biodiversity in their surrounding environment, its importance and crucially what they can do to protect it.