Conservation Cannot Come At The Expense of Local People

“Conservation cannot come at the expense of local people; local people must be made both partners and beneficiaries in conservation, and not enemies of it“

By James Common on 30th December 2015 in Animal Conservation, Ecology 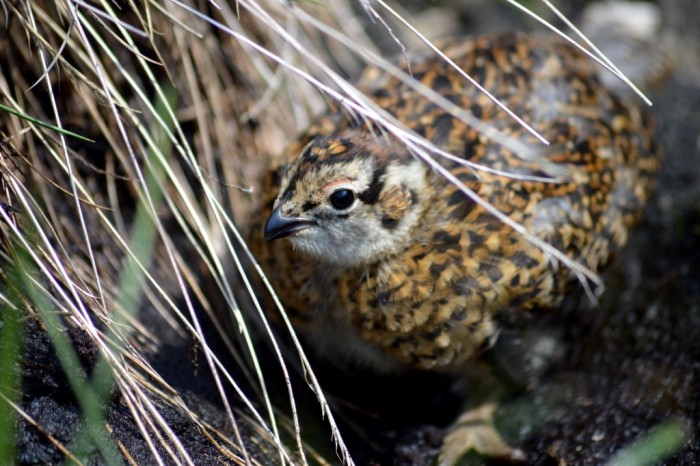 “Conservation cannot come at the expense of local people; local people must be made both partners and beneficiaries in conservation, and not enemies of it“

The above quotation embodies perfectly the topic of this article and comprises something I believe to be wholly true. Conservation cannot come at the expense of local people. Naturalists, nature lovers and indeed, conservationists cannot expect to protect wildlife while alienating and ostracising people in the process. It does not encourage cooperation and in short; it simply will not work. This applies to everyone from homeowners to gamekeepers, farmers to fishermen and is a notion I feel is relevant to the current war of words between conservationists and the UK game industry. This is the reason you will see an image of a Red Grouse rather regally plonked at the top of this article. I will begin in rather broader terms however.

Conservationists it seems have an inbuilt and rather noble desire to protect wildlife whatever the cost. This is a sentiment I share but more often than not, one that creates more problems than it solves. Time after time, we barge in, all guns blazing and attempt to dictate situations based on our mindset, absent consideration for other interested parties. We attempt to tell people to not to hunt, fish, eat and exploit absent consideration for the human ramifications of our intervention. Take Madagascar for example, here we are desperately striving to protect endemic species that are threatened directly by the actions of local people. Here we tried the usual methods, creating protected areas and banning the exploitation of species. The problem here was that these methods do not alleviate the woes of locals. They do not combat hunger or provide a sustainable income nor do they make wildlife more valuable alive than dead. This is undoubtedly why these measures failed at first. Thankfully, the situation in Madagascar has been turned around to a certain degree. People have been incorporated into the grand scheme of things through ecotourism and sustainable quotas of natural resources. Time after time however we see the same situation repeat itself, in West Africa, India and further afield and thankfully most of the world is waking up to the fact that in order to conserve species, there has to be concessions on behalf of conservationists. We have to work with people as opposed to against them. There is no other way.

Now, before I begin, I would not be so naive to suggest that those at odds with conservation interests in the UK are going to starve as a result of our actions, nor does the situation here directly replicate those mentioned above. There are however distinct parallels between the UK and the countries listed previously, if in fact you care to set aside your strong personal viewpoints for a moment. Take driven grouse shooting for example, many people depend on the practice for a living with some sources suggesting that the industry sustains over 2500 full time jobs. This is likely greatly increased when consider the work of contractors, house staff and other groups that help keep estates ticking over. Many of these people have spent years training to achieve their positions and depend fully on the practice. Add to this the money injected into local economies by visiting shooters and we are indeed presented with a rather tricky situation. What would these people do if those campaigning for an all out ban on the practice got their way? Time after time I have seen people answer with “I don’t care” though, to me, this seems not just shortsighted but also somewhat ignorant.

Is it really any wonder that shooters refuse to cooperate with our aims and objectives as we threaten to destroy their way of life? Though we have a moral right to protect the species we love and a right to ensure the law regarding wildlife is enforced we do now have the right to disregard the needs of local people. Add to this the constant barrage of insults and negativity directed at certain factions and is it any wonder that many refuse to engage productively with conservationists? If things remain as they are we who profess to care so virulently about the natural world will be the ones who lose out. If the arguing, petty manoeuvring and petulant foot stamping continues, species will continue to die and the near irreparable void between the two sides will only continue to deepen.

Now back to my opening statement; “people must be made both partners and beneficiaries in conservation”.  This one hundred percent applies to the current predicament and the only way I can see to free ourselves from the current mire is to work with gamekeepers and their ilk. This will undoubtedly require compromise on our behalf. Not by accepting illegal actions such as raptor persecution, no, these must be dealt with but by accepting that these people have a right to their way of life. As do we. Those who dabble in illegalities should of course be brought to light but we must accept that the killing of other species, whether they be corvids or foxes is legal and is in fact part of day to day life. Though we find it distasteful, we must accept that killing is a part of rural life, whether you are referring to a gamebird or one of the species predating them.

By treating people as people and not obstacles to conservation we could well open up a realm of new possibilities that stand to benefit declining species such as Hen Harriers. Monitoring on estates that at present bar their gates upon the very sight of a conservationist. Courtesy will get us everywhere and though we will likely continue to disagree with many aspects of the industry, working together is the only way to bridge the current gap. Who knows, maybe when the current bout of class warfare subsides and we begin to interact as adults as opposed to stroppy children we may even be able to highlight the true value of raptors. I personally know a lot of people that would pay good money to visit shooting estates to enjoy birds of prey, money that could be used to offset the relatively low number of grouse taken by said birds each year. Ecotourism has worked continuously abroad, why can it not here? Many estates may scoff at the prospect now but who knows, if we give a little ground and accept rural life as part of life this may change. Though perhaps, as many claim, I am overly optimistic?

It might appear defeatist of me to suggest but I cannot see driven grouse shooting being outlawed any time soon. In the absence of this what is to stop both sides benefiting? Compromise is key and I firmly believe that through working with rural people we can achieve our goals and that we can protect scarce raptors, declining waders and other enigmatic upland species. Perhaps with compromise on our behalf, the shooting fraternity may be more open to discussion and could well prove to be the biggest asset in removing those among its ranks that do indeed break the law. We must quit stereotyping, stand back, accept reality and reach a mutually beneficial conclusion. One that benefits both people and wildlife. Such things have happened overseas and they can happen here. Although it may take considerable work to mend the current void between shooting and conservation I have full faith that we can succeed in this regard.