Home › Articles & Blogs › Conservation of Habitat for the Ivory-billed Woodpecker

Conservation of Habitat for the Ivory-billed Woodpecker

The ivory-billed woodpecker’s habitat should be protected despite the lack of definitive evidence of this species’ existence, according to a new study. Currently, bird conservation efforts rely on indisputable photographic evidence, which could take many years to obtain, by which time it may be too late. 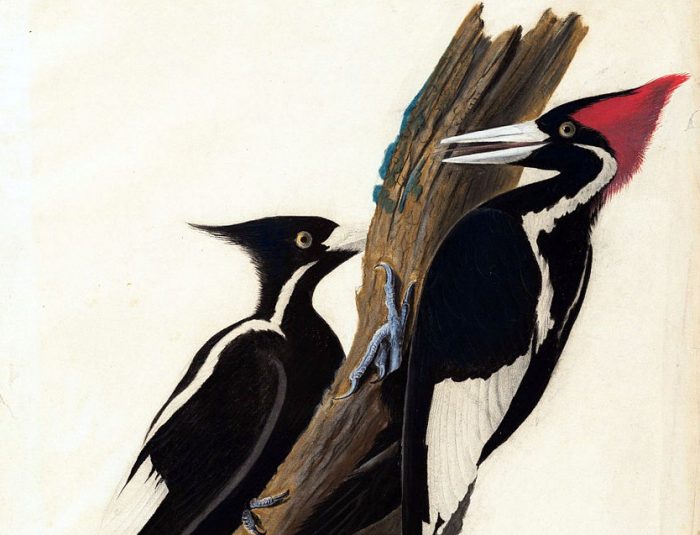 The Ivory-billed woodpecker is a species that is symbolic of the North American wilderness. It is also a symbol of the threats human activities pose to birds. Threatened by numerous factors including habitat destruction, the species has, in fact, been declared extinct only to be rediscovered on several occasions. Without indisputable evidence of its current existence, whether the bird is extinct or not is purely a matter of opinion.

Now, a study has called for the Ivory-billed woodpecker’s habitat to be protected, despite this lack of evidence. Bird conservation currently relies on photographic evidence, but in this case that may take many years to obtain – by which time it may be too late for the species. Dr Michael Collins from the Naval Research Laboratory in the USA and author of the study believes that the Ivory-billed woodpecker is still alive, after making ten sightings during an 8-year search, and is calling for conservation efforts to begin now, despite the lack of concrete proof.

The bird lives in the vast swamp forests of North America, particularly in Florida and Louisiana. The forests are difficult to access, and dangerous – with alligators and venomous snakes, as well as the potential to be shot by human hunters. Therefore, bird watchers rarely visit and even if they did, visibility in the thick vegetation is so poor that gathering proof of the woodpecker’s existence is problematic. Additionally, the birds are highly elusive and extremely wary of human contact, hiding away and keeping quiet at the first sign of a threat.

These behavioural and habitat factors means that it would take significantly longer to obtain photographic proof of their existence than other similarly rare North American birds. It is also expensive, ineffective and may interfere with the birds’ nesting attempts.

The study states that a more pragmatic approach to documenting this species is required, while it may still be possible to save it from extinction. “There is no logical reason to require a particular form of evidence,” said Dr. Collins. “When faced with an exceptional case, scientists often develop alternative approaches and make progress using different types of data.”

He observed the Ivory-billed woodpecker ten times in 1500 hours of searching between November 2005 and June 2013. Contained in the study are three videos that shows birds he believes have characteristics consistent with this species and no other north of Mexico. These include swooping flights, rapid wingbeats and its characteristic double-knock – these are all consistent with reports of the birds from the 1940s and earlier.

“Having observed these birds is one of the two most deeply meaningful experiences of my life. When I was 11 years old, I stood in my front yard in Tampa, Florida, and watched Apollo 11 blasting off into space on the way to the first manned landing on the Moon. I feel very privileged to have been a direct eyewitness to a symbol of the vanishing wilderness of our world as well as one of the great achievements of humankind. My hope is that we will continue making progress and doing great things while at the same time preserving our natural world.”