With about one third of all the carbon dioxide we emit annually, amounting to 35 billion metric tons, diffusing in the surface layer, coral reefs in particular are suffering badly. 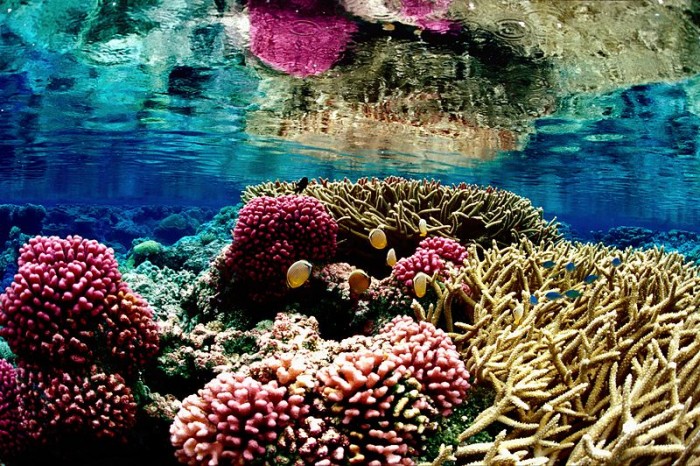 Global warming will certainly have a huge impact on our planet, and will change our atmosphere and our landscapes. Yet some of the most serious effects will be on an ecosystem that many of us rarely see – the ocean. Sea levels will rise, and the water will get warmer and more acidic. With about one third of all the carbon dioxide we emit annually, amounting to 35 billion metric tons, diffusing in the surface layer, coral reefs in particular are suffering badly.

And this is set to continue, and get worse. Scientists have long been studying the impact of warmer and more acidic waters on ocean life, but one study (published this month in Nature Climate Change) has also looked at how quickly the damage is being done. Now, a figure can be put on the extent of potential damage on coral reefs. If nothing is done to change our vast carbon emissions, at least 70% of coral reefs are projected to become degraded by 2030. The scientists conducted the first ever comprehensive global survey of the impacts of both acidification and rising water temperatures in order to come up with this number. They examined 2,160 coral reefs across all parts of the world, and used 19 climate models to see what would happen to the reefs under different temperature rise scenarios. In total, they simulated 32,000 years into the future to allow for the widest range of outcomes.

Their results show that coral reefs may not be able to survive a rise in global mean temperatures of more than 2 degrees centigrade (3.5 degrees Fahrenheit) above pre-industrial levels. Many climatologists already believe that this cannot be avoided, and that a 2oC rise is a realistic best-case scenario even if we start to drastically cut our emissions immediately. If we carry on emitting as we are doing now, all coral reefs will be affected.

The reason for the high level of degradation is that coral reefs are doubly damaged by greenhouse gas emissions. Acidic water reduces the coral’s ability to build their external skeletons which are made of calcium carbonate, and warmer water causes bleaching, when the breakdown of the symbiotic relationship between corals and algae occurs, turning the reefs white. Coral reefs are also less likely to adapt to a new warmer state, due to their low levels of diversity (corals can reproduce by cloning themselves), and their long life cycles of between five and 100 years.

Coral reefs cover less than 1% of the world’s oceans but are home to one quarter of all marine species. Their value to us is great – the total cost of the ecosystem services they provide, such as tourism, fisheries and shoreline protection, amounts to $375 billion every year. It is clear that we must act quickly to lower our carbon emissions, as the window of opportunity to preserve coral reefs is small and closing rapidly.