Drought Forces Aardvarks to Feed in the Daytime

New research reveals that a shift from night-time to daytime activity will have an impact on the well-being of aardvarks in our warming and drying world. With drought resulting in a lack of ants and termites, the aardvarks are starving. 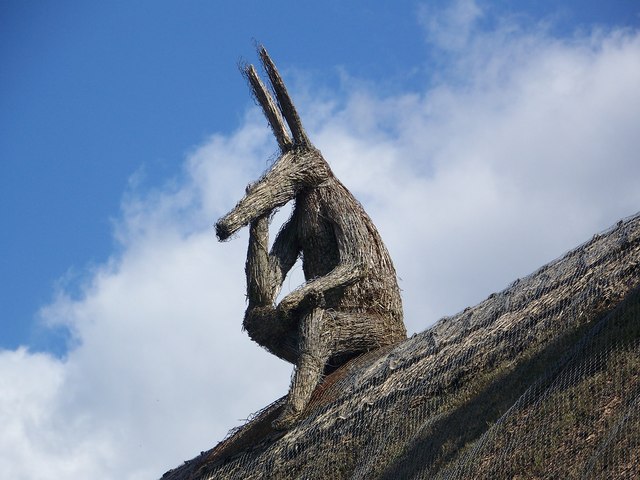 Aardvarks occur across most of sub-Saharan Africa, but very few people have seen one, because they are solitary, mostly active at night, and live in burrows. They use their spade-like claws to build these burrows and to dig up ants and termites on which they feed. However, seeing aardvarks feeding in the day is becoming more common in the drier parts of southern Africa. While catching sight of an aardvark is a delight for many a wildlife enthusiast, researchers from the Wildlife Conservation Physiology laboratory at the University of the Witwatersrand warn that seeing aardvarks in the daytime does not bode well for this secretive animal.

The new research, published in Frontiers in Physiology, reveals what a shift from night-time to daytime activity means for the well-being of aardvarks in a warming and drying world. The researchers studied aardvarks living at Tswalu, a reserve in the Kalahari that lies at the edge of the aardvark’s distribution and provides support and infrastructure for researchers through the Tswalu Foundation.

Using biologgers, the researchers recorded body temperature and activity of aardvarks for three years, during which Dr Nora Weyer followed the aardvarks as part of her PhD research.

Assisted by satellite imaging that showed her how droughts affected the vegetation, Weyer was able to connect changes in aardvark behaviour and body temperature to what was happening in the aardvarks’ environment.

Dr Weyer’s research confirmed earlier findings by the team that there are times when the aardvarks switched their feeding to the day, and showed, for the first time, that drought caused that switch. “We suspected that it was drought, but we needed a long-term, comprehensive data set to confirm that it really was drought causing this unusual behaviour,” says co-worker Dr Robyn Hetem.

By shifting their activity from the cold nights to the warm days during dry winter months, aardvarks can save some of the energy needed to keep their body temperatures up. But those energy savings were not enough to see the aardvarks through a particularly bad drought in which many aardvarks died.

Dr Weyer explains: “Aardvarks have coped with the Kalahari’s harsh environment in the past, but it is getting hotter and drier, and the current and future changes to our climate might be too much for the aardvarks to bear.”

“Because the Kalahari is such a unique and potentially vulnerable ecosystem, we need to better understand whether its animals can cope with the increasingly dry conditions,” says Professor Andrea Fuller, co-worker and project leader of the Kalahari Endangered Ecosystem Project.

Disappearance of aardvarks from the Kalahari would be devastating for many other animals in this ecosystem. The large burrows which aardvarks build provide important shelters for many other species that cannot dig their own burrows, earning the aardvark the title of ‘ecosystem engineer’.

“Unfortunately, the future looks grim for Kalahari aardvarks and the animals that use their burrows. Tackling climate change is key, but there is no quick fix,” says Dr Weyer.

What conservationists do know is that any solution will require a much better understanding of what capacities animals have to cope with drought. And that means many more long-term comprehensive studies of physiology and behaviour.