46 years worth of satellite imagery has shown that Canada’s Peace-Athabasca Delta has been slowly drying. This has driven the decline of the muskrat, and may have repercussions for the many species that prey on it. 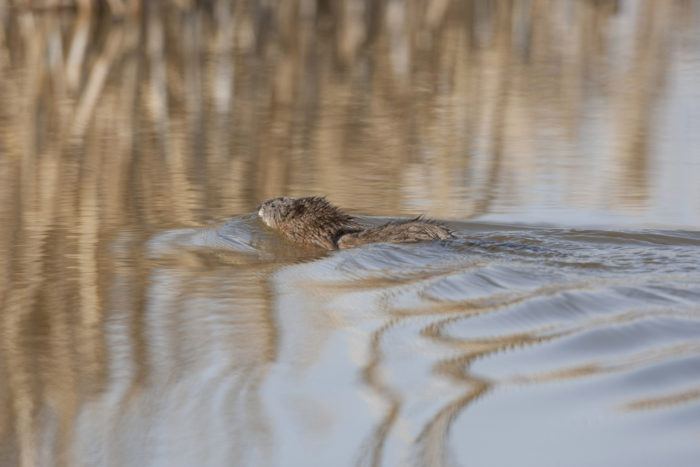 Over the last half-century, Canada’s Peace-Athabasca Delta has been slowly drying. A new study shows this loss of habitat is likely responsible for the decline of semi-aquatic muskrat, and could have larger implications for many other species.

The Stanford University study used 46 years of satellite imagery to show the Peace-Athabasca Delta has been drying since the 1970s, significantly reducing muskrat habitat. Their findings were recently published in the journal Environmental Research Letters.

“The ecological impacts are not limited to muskrat – they extend far beyond that. These results suggest that maybe the widespread continental-scale decline in this animal is actually being driven by a large-scale loss in wetland and aquatic habitat,” said lead author Ellen Ward, a doctoral candidate in Stanford’s School of Earth, Energy & Environmental Sciences.

Located in northeast Alberta, the Peace-Athabasca Delta is a Ramsar Wetland of International Importance and North America’s largest inland freshwater delta. The area comprises habitat for about 200 bird species as well as the threatened wood bison, which is among the largest land animals on the continent. The semi-aquatic muskrat is native to North America and an important ecological indicator since the species is highly sensitive to changing hydrologic conditions.

The researchers constructed maps of the 46-year record of surface water with Landsat satellite imagery from 1972 to 2017. The images revealed that suitable muskrat habitat dwindled by 32% over a time when muskrat numbers also plummeted.

Muskrat serve as a convenient indicator for habitat loss because they construct easily counted “houses” for shelter. They rely on vegetation for food and to build their dwellings in lakes, small ponds, streams, rivers and wetlands. Within the delta, they reside in the areas that are most susceptible to drying out.

“We basically constructed a map showing where every muskrat house count was measured, and they’re located in these smaller water bodies,” said Ward.

Although the idea that the delta has been drying is not new, the loss had never before been directly mapped, not had it been clearly linked to the long-term decline in muskrat. Now resource managers can see where exactly the drying has occurred over time.

“Our result is timely because this UNESCO World Heritage Site is currently being considered for designation as a wetland with ‘in danger’ status,” said co-author Steven Gorelick, a professor in the Department of Earth System Science.

Ellen Ward adds: “If you look across the 46 years, you can see how much of the time each minute area was under water in those 46 years.”

Previous research has suggested that the drying delta is primarily a result of climate change. If it continues, the decline of muskrat in the region will have impacts throughout the food chain, as muskrat are prey to many animals, including lynx, fox and mink. Their existence is also critical to Indigenous people in the area, since muskrat are a part of treaty rights to hunt, fish and trap.

By addressing the importance of hydrology on the decline of an animal species, the researchers hope to encourage other scientists to move beyond the prevailing focus on plant-water relationships in ecohydrology.