Populations numbers of the North Chinese leopard are on the rise. Clearing of habitat and poaching has reduced numbers in the past, but forest on the Loess Plateau has been restored which has caused prey to return, and likewise the big cats. 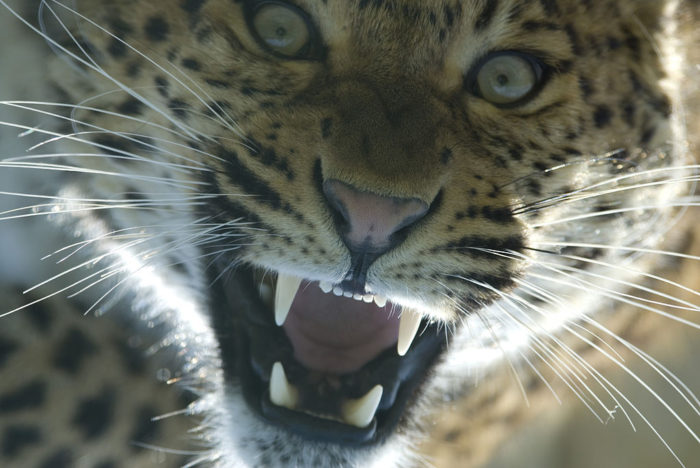 Most of the world’s leopards are endangered and generally, the number of these shy and stunning cats is decreasing. However, according to a recent study, leopard populations in northern China are on the mend.

Leopards are fascinating animals. In addition to being sublime hunters that will eat nearly anything and can survive in varied habitats from forests to deserts, they are able to withstand temperatures ranging from minus 40 degrees Celsius during winter to plus 40 degrees in summer.

Despite their resilience, the majority of leopard species are endangered. Poaching and the clearing of forest habitat for human activities are among the reasons for their global decline.

But in northern China, and specifically upon the Loess Plateau, something fantastic is occurring. Numbers of a leopard subspecies called the North Chinese leopard have increased according to a new study conducted by researchers from the University of Copenhagen and their colleagues in Beijing.

“We were quite surprised that the number of leopards has increased, because their populations are declining in many other places. We knew that there were leopards in this area, but we had no idea how many,” says Bing Xie, a PhD student at UCPH’s Department of Biology and one of the researchers behind the study.

Together with researchers at Beijing Normal University, she covered 800 square kilometres of the Loess Plateau between 2016 and 2017. Their results were published in the journal Integrative Zoology.

The just-completed count reports that the number of leopards increased from 88 in 2016 to 110 in 2017 – a 25 percent increase. The researchers suspect that their numbers have continued to increase in the years since. This is the first time that an estimate has been made for the status of local population in North Chinese leopards.

The reason for this spotted golden giant’s rebound likely reflects the five-year plan that the Chinese government, in consultation with a range of scientific researchers, implemented in 2015 to restore biodiversity in the area.

Bing Xie explains: “About 20 years ago, much of the Loess Plateau’s forest habitat was transformed into agricultural land. Human activity scared away wild boars, toads, frogs and deer, making it impossible for leopards to find food. Now that much of the forest has been restored, prey have returned, along with the leopards. Many locals had no idea there were leopards in the area, so they were wildly enthused and surprised. And, it was a success for the government, which had hoped for greater biodiversity in the area. Suddenly, they could ‘house’ these big cats on a far greater scale than they had dreamed of.”

The research team deployed camera equipment to map how many leopards were in this area of northern China. But even though the footage captured more cats than expected on film, none of the researchers saw any of the big stealthy felines with their own eyes: “Leopards are extremely shy of humans and sneak about silently. That’s why it’s not at all uncommon to study them for 10 years without physically observing one. That 98 percent of leopard habitat has been lost over the years makes me so sad. I have a great love for these gorgeous cats and I will continue to research on how best to protect them,” she concludes.