Traditional methods of deterring and punishing the professional poachers are clearly not working, so conservationists are now trying to fight them on a new front – economics. 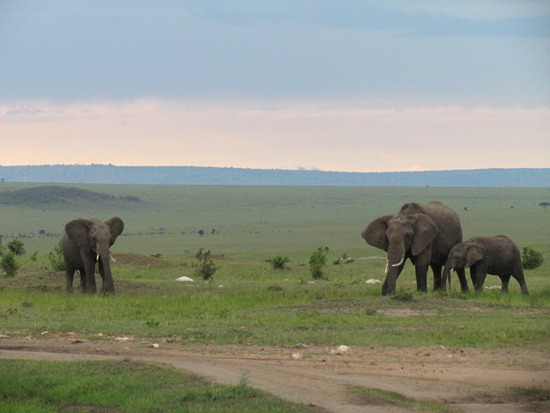 I was just one of many animal lovers to be shocked and saddened by last week’s massacre of an entire family of elephants in Kenya by poachers. Traditional methods of deterring and punishing the professional poachers are clearly not working, so conservationists are now trying to fight them on a new front – economics.

Twelve elephants in total were killed, in the Tsavo East National Park in Kenya, the country’s worst single slaughter since the 1980s. In fact, many wildlife experts have declared that the current elephant poaching crisis is even worse than the slaughter of the 1970s and 1980s that led to the global ivory trade ban in 1989. In Kenya, the recent killing of the elephant family was the latest in a surge of deaths. According to the Kenya Wildlife Service, the death toll has risen from 50 in 2007 to 360 in 2012, a sevenfold increase in just 5 years.

The poachers took 22 tusks, estimated to be worth £175,000 on the Asian market, almost double the value they would have been worth a decade ago. To satisfy the demand from China’s growing middle-class, who believe that ivory is a status symbol, the poachers are being bankrolled by international criminals, who provide them with 4x4s, night-vision goggles and automatic weapons. More illegal ivory was seized in East Africa and the Far East in 2011 than in any other year, and the figures for 2012 are expected to be worse.

Botswana, home to a third of the global elephant population, has made the bold decision to ban commercial hunting from the 1st of January 2014. Hunting concessions in the northern Okavango Delta and parts of the Kalahari will instead become “photographic areas” due to fear over the country’s sharp decline in wildlife species. The ban is controversial, as many communities depend on hunting for their livelihoods, but the measure should help the approximately 130,000 elephants currently residing in Botswana.

Conservationists are also acknowledging the fact that attempts to stop the poachers, such as armed patrols, sniffer dogs at ports, or penalties in court, are simply not effective. Rather than intercepting the supply of ivory, many are now attempting to remove the demand. This worked to a large extent with the fur trade so it is hoped that it will work with ivory too – if no one wants to buy it, no one will go to the effort of killing elephants to supply it. With the help of national celebrities, efforts in China are increasing to make ivory ‘uncool’ among the younger generation, and chat rooms discussing ivory have been shut down. There is hope, as a similar campaign succeeded in making the government ban shark fin soup from state banquets, in a bid to cause a reduction in demand from ordinary citizens.

However, there is much ignorance from citizens about the source of ivory. One survey found that almost 70% of Chinese people did not realise that an elephant had to be killed in order for its tusks to be taken. Thankfully, in a follow up question, 80% said that now they knew this, they would not buy ivory. We can only hope that the hunger for ivory can be killed off, before Africa’s half a million elephants are.