It should be remembered that positive change is, in fact, possible. And that, when we put our minds to it, we have shown time and time again that it is possible to reverse negative trends in our wildlife populations. That through practical conservation work, changing attitudes and a healthy dose of optimism, we can make a difference. As such, and in dire need of a more upbeat topic, below I have included a list of five such success stories. 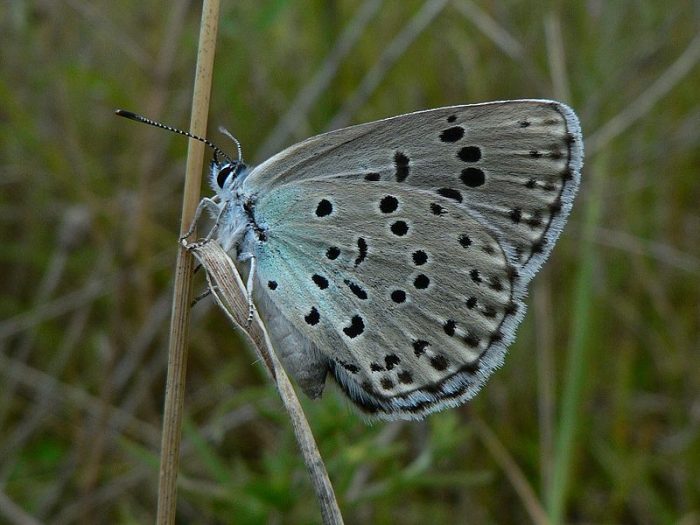 The life of a conservationist can be a thoroughly depressing affair, fraught with worry and persistent bouts of hopelessness. Indeed, in our day of constant negative news associated with the natural world – of declining species, degrading habitats and human ignorance – it can be hard to maintain an optimistic outlook. Particularly when the headlines are so often dominated by tales of once plentiful species now plummetting towards extinction, with Hen Harriers, Willow Tits, Small Tortoiseshells and so many iconic figments of our countryside teetering on the edge of an abyss.

Britain, at present, is not a rosy place for wildlife, nor those who enjoy it – with crushing news delivered near daily as yet more slights are inflicted upon mother nature. Despite the best efforts of those seeking to protect it. Yet, despite this, it should be remembered that positive change is, in fact, possible. And that, when we put our minds to it, we have shown time and time again that it is possible to reverse negative trends in our wildlife populations. That through practical conservation work, changing attitudes and a healthy dose of optimism, we can make a difference. As such, and in dire need of a more upbeat topic, below I have included a list of five such success stories.  All of which centre on species that, due to our own actions, have been pulled back from extinction in the UK. And all of which represent some positive nature news for a change, standing in stark contrast to the perpetual negativity that so often dominates the airwaves.

Many raptors have shown an upwards trend in recent times, since misguided killings and dangerous pesticides became illegal. Species such as the Osprey and Goshawk are once again a familiar sight in our skies, while White-Tailed Eagles have been successfully reintroduced to Scotland and Buzzards have increased by around 300%. Indeed, with so many success stories in the raptor world, it is rather difficult to choose any one in particular, though, for me, the story of the Red Kite stands out from the crowd. For both its success, and the undeniable charm of the bird itself.

Going back a century or two, Kites were one of our most frequently encountered raptors. A familiar sight in countryside and town alike, and a cherished part of our biodiversity. Though sadly as time progressed, and our attitudes towards wildlife shifted, kite numbers suffered. As a direct result of persecution and the accumulation of dangerous chemicals in the food chain. Both of which damaged kite populations to such an extent, that by the early 1900’s Red Kites were extinct across most of the UK, including in both Scotland and England. The only remaining population of this iconic raptor clinging on in Wales, where the birds were eventually granted special protection.

Due to the slow rate of natural dispersal from the Welsh population, in 1989 steps were taken to restore this species to the wider countryside, and a reintroduction scheme was launched by the RSPB and the Nature Conservancy Council. With fresh stock imported from Spain, and some birds translocated from Wales, in order to establish populations in four additional areas. The Chilterns, East Midlands, Yorkshire and North-East England, with further reintroductions taking place at various sites across Scotland. And such measures, combined, helping to once again establish the species as a widespread breeding bird in the UK.

While the Red Kite is not out of the woods just yet, particularly in parts of Scotland where illegal persecution continues to limit population expansion, it is is largely out of danger. And today, some 1600 pairs of this enigmatic raptor now breed in the UK, with numbers set to increase further in the future. To the joy of many whom hold the birds to heart, and the annoyance of the few, who still view this species as a pest.

From one charismatic bird species to another, the Bittern. A superbly adapted member of the heron family that once “boomed” in reed beds across the length and breadth of Britain. Before, of course, becoming extinct in the late 19th century as a direct result of habitat loss and hunting. The species formerly prized as a food source, and entirely dependent on wetland areas which, until fairly recently, suffered greatly from drainage.

The Bittern first made a comeback on British soil in 1911, when a pair bred in Norfolk. The precursor to a natural resurgence that saw 80 “booming” males in residence by 1954. Though this natural recolonisation was soon cut short as a direct result of the drying out of wetland habitats and a lack of sympathetic management, and by 1997 only 11 males were recorded nationwide. The Bittern, once again, one of our scarcest breeding bird species. And this decline alarming conservationists, including those at the RSPB, who then undertook a research project designed to assess the needs of this cryptic species, with the aim of conserving our dwindling population.

This research, conducted by the RSPB, has since lead to species-specific management across vast areas of the UK, involving reedbed restoration, scrub removal and the reshaping of pools across a number of historic breeding sites. And, ultimately, has saved the Bittern from a second extinction. The initial, embattled population increasing at thirteen of the sites managed by the RSPB by 2004, and the national population increasing to over 100 booming males in 2016. The highest it has been for quite some time.

While the Bittern is still far from a common sight across the UK, and remains at risk from climate change and rising sea levels, overall the future of this reedbed denizen look bright. Due, almost entirely, to the work of man. And, of course, the fact that dietary habits have changed greatly since the days when a Bittern made an acceptable choice for supper.

The Large Blue, the largest and rarest of our blue butterflies, has the regrettable honour of being the only butterfly species to go extinct, in the UK, in recent times. Succumbing to extinction in 1979, despite over fifty years of conservation efforts enacted to halt its rapid decline. The reasons for this thought to relate to habitat loss, poor management of traditional haunts and, finally, the onset of Myxomatosis which obliterated Britain’s rabbit population – rabbits are excellent at maintaining the short-cropped grassland that Large Blues, and their food plant, Wild Thyme, depend on.

Measures to reinstate the Large Blue were first undertaken in 1984, when the species was reintroduced to a number of suitable sites in Southern England. With butterflies brought in from Sweden following years of habitat management to ensure the released sites met the standards required by the returning butterflies. Since then, our population of this bedazzling butterfly has increase year on year, and now the UK holds the largest population of this species found anywhere in the world. With roughly eleven populations now persisting in Devon, Gloucestershire and Somerset, and management continuing to ensure that the Large Blue flourishes long into the future.

Interesting fact: the Large Blue is unique among British butterflies in the sense that it depends, solely, on a single species of ant (Myrmica sabuleti). On which its larvae feed on during their ten month stay underground, having been carried into the ants nest by workers fooled by the caterpillars scent. As such, any management for the Large Blue must also benefit the ants too, which thankfully, it often does.

Polecats, one of our most eye-catching, yet elusive Mustelid species, share an all too familiar story with many other threatened creatures in the UK. In the sense that, like Buzzards, Red Kites and Pine Martens, they were once persecuted to the brink of extinction due to their supposed negative impacts on human interests. With killing once continuing, unabated, to such an extent that the Britains remaining Polecats found themselves restricted entirely to Wales, and a small part of Northern Scotland.

With the onset of laws that prohibited the killing of Polecats and a general shift in public opinion towards such actions, this species has spread extensively in modern times. Regaining ground to such an extent that it can now be found across vast swaths of England, with populations in Suffolk, Norfolk and South Yorkshire, and occasional sightings further afield. Our growing Polecat population further bolstered by reintroductions in Cumbria during the 1980s.

Given the extent of recent gains, conservationists are now optimistic that Britains Polecats will continue to thrive long into the future. And that the species could recolonise yet more counties very soon. While the Polecat remains threatened in some places, mainly due to hybridization with escaped domestic Ferrets, and in some cases, continued illegal persecution, the future of this masked mustelid looks bright. Due, in no small part, to use of legislation to dissuade killing. And a population more sympathetic to the needs of wildlife.

The New Forest Burnet is a scarce moth species now confined, entirely, to a single site on the coast of Western Scotland. Far from the woodland that gives this intriguing species its name. This population only discovered in 1963, with a stroke of luck, following the collapse and eventual extinction of the original English population in the 1920s. It has, since its discovery, been subject to rigorous conservation measures since 1991 in programme lead by Scottish Natural Heritage.

Given its specific habitat requirements, the New Forest Burnet is very susceptible to overgrazing. Particularly by domestic stock which limit the growth of its larval food plants – Meadow Vetchling and Common Bird’s-foot Trefoil. As such, as part of the 1991 initiative to protect this species, sheep were excluded from the site of the Scottish population, with promising results. Indeed, by 2001 population estimates placed numbers of this moth somewhere in the region of 10,000 individuals. A substantial increase on past estimates and a trend which continued until 2004 when the species underwent a partial decline. Though this decline was not sustained, and by 2005 the species had recovered once more.

In recent times, the New Forest Burnet has begun a slow colonisation of suitable sites in the immediate vicinity of the initial location, in some cases aided by man. With the possibility of more widespread introductions in discussion for the future. The main population of this species could, possibly, face declines due to the natural succession of its grassland habitat, although measures have been undertaken to halt this. Including the limited reintroduction of grazing stock into the area. All in all, the prospects of this colourful moth look rosy, with action on behalf of conservationists undoubtedly responsible for its continued longevity.