However, tourists pose a risk to the gorillas in the form of disease transmission. Mountain gorillas, who share 98.5% of our DNA, are extremely vulnerable to human disease, especially respiratory infections.

By Alex Taylor on 16th November 2011 in World Conservation Issues 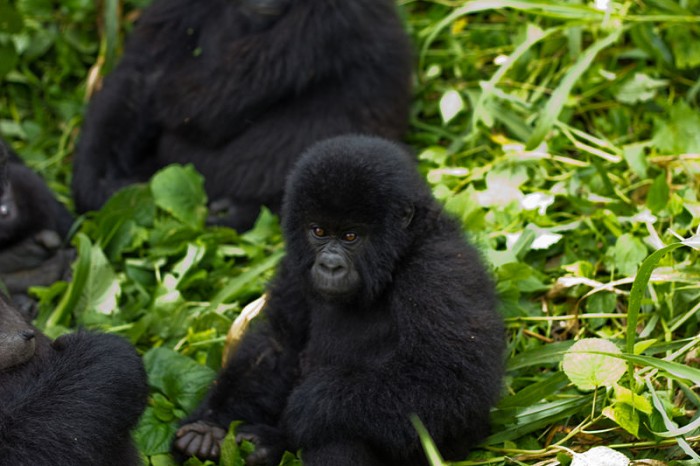 The mountain gorilla is one of the most vulnerable species on Earth. Our close relatives have great appeal to us, and as a result an ecotourism industry has built up around them. About 20,000 tourists travel to Rwanda, Uganda and the Democratic Republic of Congo to visit them. This generates revenue which can be used for conservation and raises awareness of the plight of the mountain gorilla.

However, tourists pose a risk to the gorillas in the form of disease transmission. Mountain gorillas, who share 98.5% of our DNA, are extremely vulnerable to human disease, especially respiratory infections. This causes one-fifth of all sudden deaths among gorillas, second only to death from trauma. Vets from the Mountain Gorilla Veterinary Project (a group of vets who monitor and treat gorillas suffering from life-threatening or human-caused disease and trauma) say that both the frequency and severity of outbreaks have been increasing in recent years.

Between May and August 2008, 4 groups of gorillas in Rwanda experienced outbreaks, with over a third of the population of each group succumbing to infection. One of these groups, the Hirwa group, was again affected in 2009, with 11 of the 12 group members affected. Some individuals were given antibiotics, but two untreated animals died. The cause of death was the human metapneumonovirus (HMPV), a virus that can cause severe respiratory infections in humans.

These deaths highlight the need for a new management system of close contact tourism activities. Mountain gorilla studies have shown that the average gorilla group is subjected to over 2000 visitor hours per year. With additional contact from researchers, guides, rangers and the growing local population, the risk of disease transmission is incredibly high. All of the countries with resident mountain gorilla populations strictly limit the number of tourists, and the length of time they can spend with the gorillas. Incredibly, only the government of the Democratic Republic of Congo insists that tourists wear surgical masks to reduce the risk of airborne infections.

Tourism can provide real benefits to gorillas, but with a total population of just 786, each individual is critically important to the survival of the species, and must be protected from preventable human-caused diseases.