New research carried out on Bioko Island in Equatorial Guinea has discovered that, as gun hunting increases, the abundance of the island’s seven monkey species falls

By Alex Taylor on 27th April 2016 in Nature & Wildlife, Research 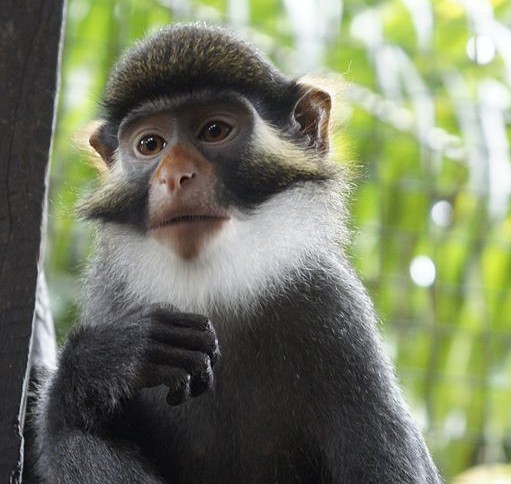 New research carried out on Bioko Island in Equatorial Guinea has discovered that, as gun hunting increases, the abundance of the island’s seven monkey species falls. And it appears that different species of these primates react to the threat of hunting in different ways, with some being much more vulnerable than others.

The study, published in Biological Conservation, found that the increasing number of roads that are being created played a role, as this has allowed hunters into previously inaccessible areas. One region, Belebu, which is accessible by vehicle, averaged 2.89 signs of gun hunting per kilometre. These signs could be anything from spent shotgun shells and discarded batteries to hunting camps. The monkey sightings in the Belebu region averaged just 0.28 groups per kilometre. In contrast, another region called Ureca is 22 kilometres from the closest road and had just 0.29 signs of gun hunting per kilometre. Primate sightings there averaged 1.82 per kilometre.

The loss of primates could have a real impact on the biodiversity of the entire island. “Ecologically, primates are key seed dispersers responsible for the maintenance of Bioko’s forests,” said Drew Cronin, PhD, an author of the study. “In hunted forests, where animals like primates have been hunted out, there have been negative cascading ecological effects and large scale changes to forest structure.”

“Bioko’s monkeys are also a real national treasure: Think of the iconic fauna in the U.S., like the bison or the bald eagle, and the national identity that those species lend to the population,” Cronin added. “Bioko’s monkeys are its most charismatic species and can be flagships for conservation in the country.”

Two species, the red-eared monkey and the putty-nosed monkey, are somewhat tolerant of heavy hunting. This could be due to behavioural changes such as vocalising less or becoming more cryptic. But four species are significantly vulnerable – the Bioko drill monkey, the crowned guenon, and black colobus and Pennant’s red colobus. The latter is more specialised and can only thrive in certain environments, and its larger body and group size also works against it.

The researchers have proposed a long-term plan to save the moneys – a comprehensive management plan for the Gran Caldera Scientific Reserve, the island’s 130,000 acre preserve – as well as short-term plans, for example the implementation of a system of forest guards and effectively enforcing the laws against poaching. But ultimately it is political will that is the strongest and most effective tool for conservation.

“We haven’t yet reached the tipping point, but we believe it’s achievable,” Cronin said. “We have been gaining a lot of momentum in recent years and there are more and more capable people getting engaged in the culture of conservation that we’re advocating. If we are successful in convincing a few of the ‘right’ people, we’ll take some big steps forward.”

He continues: “It is incredibly important to protect these species from hunting and other threats. Bioko’s primates are largely endemic to the island, and even those that are also found on the mainland are endemic only to the region, which means they’re not widespread. If we don’t protect them on Bioko, they may be lost forever.”