A new study has found that hunting for the bushmeat trade has dramatically reduced wildlife biodiversity in the forests near rural villages in Gabon, Central Africa.

By Alex Taylor on 11th December 2016 in Nature & Wildlife, Research 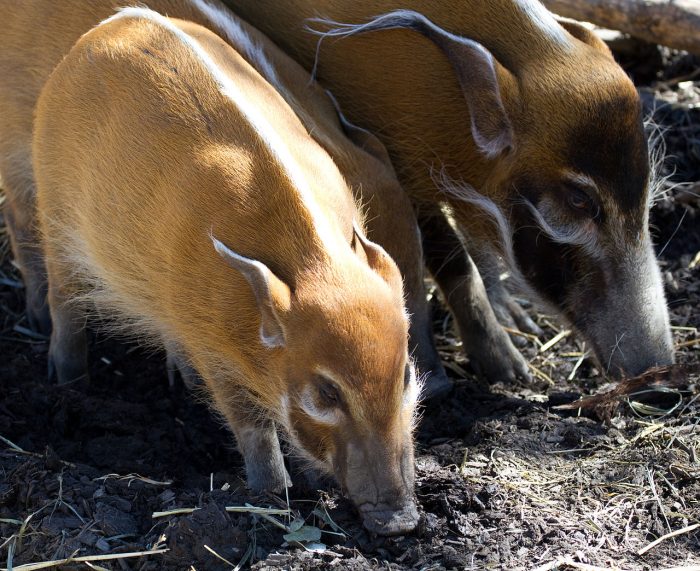 A new study has found that hunting for the bushmeat trade has dramatically reduced wildlife biodiversity in the forests near rural villages in Gabon, Central Africa.

The study, published in the Journal of Applied Ecology, was conducted by scientists at Duke University. They surveyed wildlife populations in northeastern Gabon along 24 straight sampling lines running between 60 small villages in the Ogooue-Ivindo Province. The survey sites were located at distances of between 2km and 30km outside the nearest village.

At each survey location, the team documented the diversity and abundance of all large vertebrate species they observed, as well as any evidence of hunting. This could include discarded shotgun shells, campfire sites and sightings of the hunters themselves.

“Most signs of hunting were concentrated within a radius of 10 kilometres from the nearest village, creating a ‘hunting halo’ characterized by heavily altered animal communities composed mostly of small-bodied species,” said Sally E. Koerner, a postdoctoral associate in integrative biology at the University of South Florida and a former postdoctoral associate at Duke’s Nicholas School, who was lead author of the study. “Distance to the nearest village emerged as a key driver of the relative abundance or decline of five of the six animal groups we examined,” Koerner said.

Of all major mammals, only forest elephants seemed not to be affected by it. The sharpest declines near villages were experienced by monkeys and other primates, and ungulates such as river hogs and duikers. These species are all highly prized for their meat. Conversely, populations of rodents and small-bodied birds have increased in response.

By extrapolating the results from Gabon across forest landscapes in neighbouring countries, the scientists conservatively estimate that similarly degraded wildlife communities are now likely to be found throughout 53% of Central Africa.

“We observed a sharp decline in species diversity and a change in species composition the closer we got to any village,” said John R. Poulsen, assistant professor of tropical ecology at Duke’s Nicholas School of the Environment, who designed the study. “Conversely, the richness of mammal species increased by roughly 1.5 species for every 10 kilometres we travelled away from the village. That’s a much steeper gradient of change than we had anticipated. It presents new evidence that bushmeat-hunting by rural communities is drastically shaping the wildlife community, an effect that could cascade through entire ecosystems and alter forest composition and diversity across the entire region. And this problem is only going to grow worse as the human population in the region increases.”

The concentrated small-scale hunting occurring around villages may also be having an impact on plant diversity. As the number of seed-dispersing species such as monkeys and apes decreases, and the number of seed-eating rodents rise, the abundance of large fruiting trees could be reduced. This will result in less food available for both human and non-human populations.