Introducing: An A-Z of British Insects

23,661 reasons to be interested in Chris Foster’s A to Z of British insects 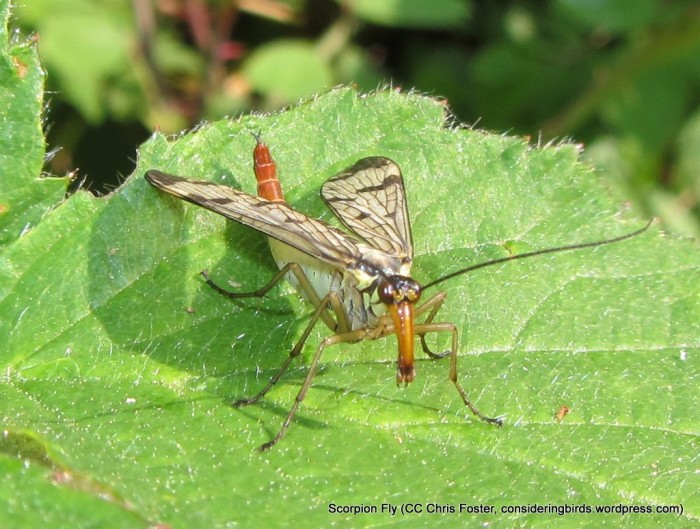 Scratching around for a new gimmick around which to build a new series for this blog, it occurred to me that by writing almost exclusively about birds I’m ignoring a remarkable proportion of species that do or ever have lived, even just on this small, biologically insignificant island. Even incorporating other vertebrates – reptiles, amphibians, mammals, fish – we’re probably still talking about fewer species than there are of spiders in the British Isles (around 600), at least if you ignore the marine environment and its presumably more diverse fishes. Or, taxonomically speaking, birds are but one class of one sub-phylum of one of the 35 phylums that make up the animal kingdom. Pretty insignificant on that measure then, even if they are visibly everywhere; boisterous, brilliant and beguiling.

The invertebrate world (or, in other words, all of the other 34 animal phyla) is itself so overwhelmingly diverse that to make it a little easier on this author I’ve opted to focus on the most populous and best known group, insects. In other words I’ve cheated and gone back down to the level of biological class, but as representatives of the multifaceted wonders of the natural world insects are, in my opinion, without equal. If, as I once did, you see little reason to be interested in ‘creepy-crawlies’ beyond the odd brightly-coloured butterfly, my hope is that over the course of this series you’ll begin to see them differently. Or if you’re already a signed up member of the insect fan-club, well, I hope that as we travel from A to Z I’ll at least cover something new to you. I can promise that most of them will be new to me, for which reason observations and indeed corrections from readers will be more than welcome, and I encourage you to comment.

For now, of the many, many reasons to be interested in insects, here are just two:

That’s one provisional figure for the number of insect species identified in Britain to date. Ants, bees, wasps, sawflies, house flies and hoverflies, dance flies and midges, butterflies, moths, beetles and weevils, dragonflies, crickets, grasshoppers, damselflies, psocids and bugs. One could hardly conceive of a more vibrant box of wonders: species upon species of all shapes, sizes, colours, habits and life cycles. No natural historian could fail to take delight in such diversity and indeed no natural history is complete without at least some knowledge of insects, one of the reasons I began to take an interest in them in the first place.

The Small Things That Run the World

The second major reason is that invertebrates, the insects among them, are, in the words of the conservation charity ‘Buglife’, the ‘Small things that run the world’. They pollinate plants both wild and cultivated, providing services worth up to £2 billion to the British economy depending on which estimate you look at. They play an invaluable role in all natural cycles of growth and decay. They even feed the birds: without vital invertebrate food sources, birders like me would have very little to look at. We ignore them at our own peril.

Coming next: A is for Aphid