Last year was the UK’s second wettest year on record and although the high rainfall has benefited some species, 2012 was the worst year for butterflies since scientific monitoring began in 1976. 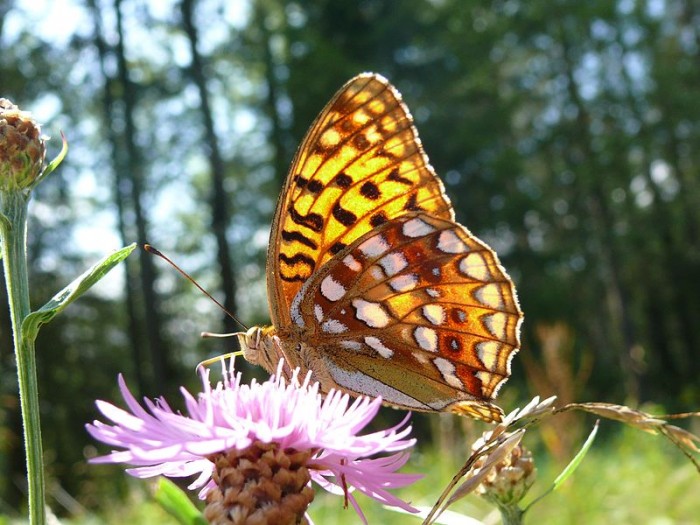 As we wait for spring to arrive, results of a survey on butterfly populations have been published. The results make grim reading, as the vast majority of butterfly species have experienced a decline in their numbers. Last year was the UK’s second wettest year on record and although the high rainfall has benefited some species, 2012 was the worst year for butterflies since scientific monitoring began in 1976.

The UK Butterfly Monitoring Scheme is conducted by Butterfly Conservation and the Centre for Ecology and Hydrology. It examines a range of species at over 1,000 sites across the UK to see how they are faring. Out of the 56 species studied last year, only 4 saw an increase in population size, meaning that 52 species suffered badly from the relentless rain and cold. Species that are active in summer did particularly badly, as they struggled to find food, shelter and mating opportunities.

One of the UK’s rarest butterflies, the blue hairstreak, did very badly, with their population declining by 98% compared to 2011. The critically endangered high brown fritillary saw numbers fall by 46% compared with the previous year, and the endangered heath fritillary declined by 50%. Even the more widespread butterflies did not do well. Common blue numbers fell by 60%, and the cabbage whites (the large white and small white) fell by half.

The species that saw their population increase includes the grass-feeding meadow brown, with numbers up by 21%, and the scotch argus (which thrives in damp conditions) increased in numbers by 55%. Experts believe that the dry start to 2012, followed by extremely wet weather, provided optimum conditions for grass growth, resulting in abundant supplies of certain species’ food sources.

The impact of last year’s bad weather is likely to have repercussions this year, and if summers continue to be as bad as they were in 2012, there could be longer term implications for the UK’s butterfly species. This comes as a blow to conservationists, who are already struggling to save many species in the face of agricultural intensification and habitat destruction. These activities have already pushed many butterflies into isolated colonies in small nature reserves, making them vulnerable to extinction due to adverse weather conditions. Thirteen species experienced their worst year since 1976. With centuries of anecdotal records showing that there were far greater numbers of butterflies in the decades before the 1970s, scientists believe it is possible that there have never been fewer butterflies in the UK since humans first inhabited it.

Given favourable conditions and the availability of suitable habitat, butterflies have proved in the past that their populations can recover. But with the changing of climate and vegetation, butterflies are struggling to adapt. Landscape-scale conservation management is essential if they are to recolonize former strongholds, and if we are to halt the very real threat of extinction facing many of our butterfly species.