A team of scientists called the Lazarus Project have just announced that the genome of an extinct species has been revived and reactivated. 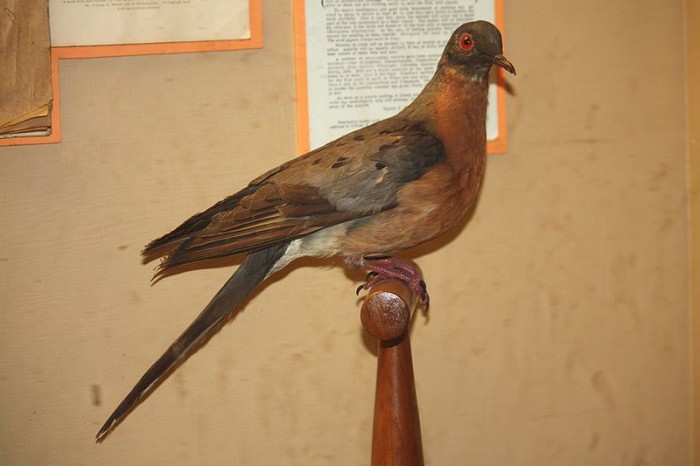 Image: By Ltshears (Own work) [CC-BY-SA-3.0 (http://creativecommons.org/licenses/by-sa/3.0) or GFDL (http://www.gnu.org/copyleft/fdl.html)], via Wikimedia Commons

As more and more species become impacted by our actions, their population numbers fall, and conservationists must work hard to prevent them from the imminent threat of extinction. But what if extinction wasn’t the end? Could extinct species be brought back from the dead? This is exactly what many scientists are now working towards.

A team of scientists called the Lazarus Project have just announced that the genome of an extinct species has been revived and reactivated. The gastric-brooding frog from Australia exhibited extraordinary behaviour – it swallowed its eggs, brooded its young in its stomach and then gave birth through its mouth. It was declared extinct in 1983 but the scientists were able to recover cell nuclei from tissues that had been collected from the frog in the 1970s and kept in a deep freezer. Over five years, the team carried out repeated experiments using a laboratory technique called somatic cell transfer. They took fresh donor eggs from the great barred frog (a distant relative of the gastric-brooding frog), inactivated the egg nuclei and replaced them with the nuclei from the extinct frog. Some of the eggs began to divide spontaneously, and grew to an early embryo stage. Although none of these embryos survived for more than a few days, it was confirmed that the dividing cells did contain genetic material from the extinct frog, which can be used in future cloning experiments.

The results of the study have not yet been published, but were announced by one of the scientists working on the project at the TEDx DeExtinction event, a conference that brought together scientists, conservationists, genetic technology experts and ethicists to discuss the emerging idea of “de-extinction.” It was hosted by the National Geographic Society and Revive & Restore, an organisation dedicated to bringing extinct species back to life. One of their projects is ‘The Great Comeback’, is an attempt to revive the passenger pigeon using museum specimens with extractable DNA, of which there are 1,500. Some of their other projects currently underway involve reviving Pleistocene megafauna such as the woolly mammoth and sabre-toothed tiger, the Tasmanian tiger (thylacine), ivory-billed woodpecker, Caribbean monk seal and a more recently extinct species, the Yangtze river dolphin.

There are certain criteria that must be considered before even contemplating the de-extinction of a species. These include its desirability, such as whether or not it played a vital ecological role, and if having the species back would help to answer important scientific questions. There are practical considerations, for example, is a close living relative available and are there enough specimens for genetic diversity. And finally, how easy would it be for the species to live in the wild – is original habitat intact or restorable? Will it breed easily in captivity? And of course, the original causes of extinction must be known and correctable.

The thought of bringing back extinct species still leaves some conservationists feeling uneasy. Perhaps this may take focus away from the species that are still living but under serious threat, or result in less concern for such species – why worry about a species going extinct when we can bring it back to life again. On the other hand, humans have caused so many extinctions that many believe it is our duty to reverse our past actions. Nevertheless, cloning an animal is no easy task and it remains to be seen whether future innovations will allow us to share the planet with species thought to be gone forever.