large carnivores are very important for the habitat they live in and the other species they live with, exerting top-down control of the environment. Therefore, carnivore populations and their habitats must be preserved. 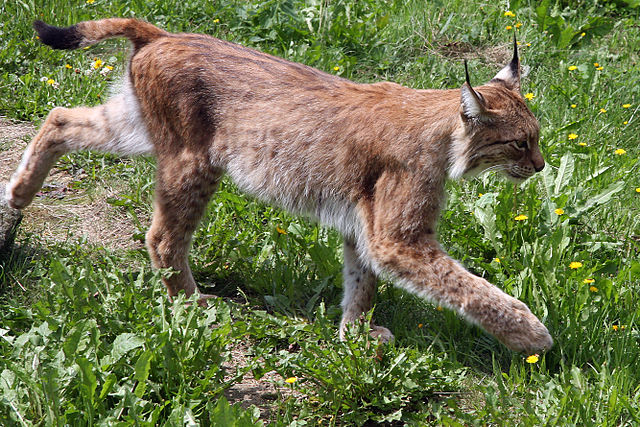 Large carnivore species in Europe only just made it through the 19th and 20th centuries. Often viewed by humans as a threat – to either their lives or their livelihoods – numbers had fallen as human populations had grown. They are now still absent from large parts of their former range. But large carnivores are very important for the habitat they live in and the other species they live with, exerting top-down control of the environment. Therefore, carnivore populations and their habitats must be preserved.

In order to do this, we have to allow large carnivores to increase in number and spread to former habitats, as well as reintegrate them into landscapes where humans live and work. A new study published in Science has proven that this is possible in Europe, where there are many cases of human-carnivore coexistence.

The study was conducted by 76 carnivore specialists from all over Europe. They have reported that populations of species such as brown bear, Eurasian lynx, grey wolf and wolverine are all stable or increasing, and most are found outside protected areas. Some of the reasons for these conservation successes, and co-existence with humans, are listed as protective legislation, supportive public opinion, stable political systems making it easier to enforce laws, larger open tracts of land with increasing numbers of prey and the use of older traditions of protective livestock with guard dogs, fences and shepherds.

The study also makes the distinction between the European model of a landscape-scale conservation approach which allows for people and predators to live together, and the North American wilderness model (also adopted by many Asian and African countries) which tends to separate people and nature. The authors believe that the European approach has rarely been given proper consideration because it was pre-judged to fail due to existing conflicts between large carnivores and people.

Frans Schepers, Managing Director of Rewilding Europe, commented on the study: “Who knew that today Europe hosts twice as many wolves, more than 11,000, as the contiguous United States, which has 5,500, and that the brown bear is the most abundant large carnivore in Europe, with an estimated number of 17,000 individuals? These are staggering figures and provide not only challenges but also a lot of opportunities for Europeans to enjoy this wildlife comeback, which we have also seen in many other large mammal and bird species over the last 40 to 50 years across Europe.”

Luigi Boitani, one of the lead authors from the University of Rome and Chairman of the Large Carnivore Initiative for Europe (LCIE) said: “Our study shows that we need to change the nature and pace of our management systems. We have to adopt more flexible approaches that would allow local hunts, prey reintroductions, damage prevention and mitigation. The European Union must be satisfied that the Habitats Directive has achieved a great conservation goal. Now we need to move into a new phase where co-existence is achieved through the compromise between human needs and carnivore conservation.”

In June last year, on World Environment Day, Rewilding Europe and LCIE signed a partnership agreement to work together to help create, restore, enhance and maintain healthy populations of large carnivores across Europe. The evidence shows that this is working, and many other countries could do well to look to Europe to discover the best way for humans and carnivores to co-exist.