The situation is particularly serious in west and central Africa, where lions are almost extinct as a result of illegal killing and the loss of prey and habitat.

By Alex Taylor on 19th November 2013 in World Conservation Issues 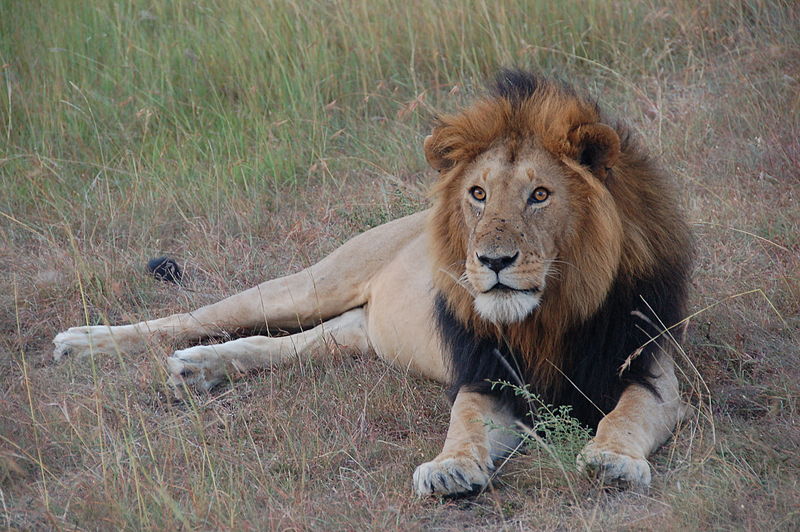 Lions are true African icons, and a favourite among safari goers. Yet they are in drastic decline throughout the continent. Nearly 42% of major lion populations are declining, and population numbers have dropped by 30% in the past twenty years. The situation is particularly serious in west and central Africa, where lions are almost extinct as a result of illegal killing and the loss of prey and habitat.

A recent study in the Waza National Park in Cameroon has shown that lions are now roaming over much bigger areas than they did a decade ago. Researchers fitted 4 lions with radiocollars and monitored their movements over 3 years. They discovered that the lions’ average home range was 1,015 square kilometres which, when compared to an earlier study in 2000, was an increase in size of 59%. The change was noted as “remarkable”, with the animals crossing a major highway parallel to the park and the Cameroon-Nigerian border. The cause of this is suspected to be the decline of prey animals such as warthogs and antelope within the park.

As the prey animals become scarce, the lions also react by predating on livestock. The result of this is that pastoralists retaliate by killing lions. The problem of human-lion conflict is an important factor in the depletion of lion populations in Waza National Park. Livestock predation is also a problem in Uganda, where retaliatory poisoning of lions by local cattle herders is causing lion numbers to fall. A recent survey of lions in three major conservation areas in the country documented a decline of more than 30% over the past 10 years. In these three strongholds the lion population totals 408 animals, nearly 200 fewer than estimates made in a previous survey in 2000-2002.

Carnivores such as lions are notoriously hard to conserve. They need large spaces but, as humans encroach further into their habitats, they increasingly come into conflict with people. This not only causes retaliatory killings, but also means that these people are less likely to want to support the protection of the species. Yet lions are vital for ecosystems and economies. They play an important role in disease control by killing sick animals, and are a huge tourist draw. In fact, research from the Wildlife Conservation Society showed that lions are the species tourists most want to see in Uganda, and would be 50% less likely to visit its parks if they couldn’t see lions.

The decline of the lion is perhaps indicative of habitat degradation in Cameroon and Uganda as a result of increasing human pressure, even within national parks. Habitats must remain suitable, and contain enough prey species, to ease the conflict between people and predator. The survival of the lion is vital for ecosystems and for the tourists who flock to see them, bringing money and providing jobs for the local community. And their survival is vital for conservation. If we can’t save such a beloved icon of the African plains as a lion, what can we save?