Africa’s protected areas are capable of supporting three to four times as many wild lions, if those areas are properly funded and managed, according to a new study. 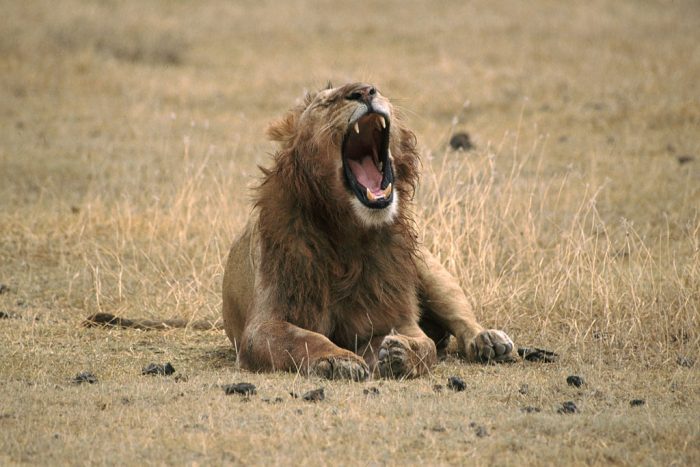 Africa’s protected parks and reserves are capable of supporting three to four times as many wild lions as they currently do, according to a new study published in Biological Conservation. Populations of African lions and their prey species are drastically below their natural potential if they were in properly funded and managed protected areas.

In recent years, lion populations have declined rapidly. Estimates suggest that only 20,000 wild lions remain across the whole continent. This is a reduction from 30,000 just two decades ago. Nevertheless, the study – led by scientists from cat conservation charity Panthera – indicates that with sufficient global support for conservation efforts, Africa’s protected areas could support as many as 83,000 free-ranging lions.

Less than one third of the 175 parks and reserves examined by the scientists are currently conserving lions at more than 50% of their ‘carrying capacity’ – this is the natural population levels animals would reach in the absence of human threats. For lion prey, parks are in only slightly better shape, with around 45% conserving herbivores at over 50% of their carrying capacity.

The most severe and prevalent threat facing lions in Africa is the illegal bushmeat trade. But following closely behind are numerous other threats, including human-lion conflict, encroachment of protected areas by livestock and a growing human population and direct poaching for the illegal wildlife trade. The study found that adequate management budgets and capacity are essential for successfully conserving lions in protected areas. This allows for effective law enforcement and other critical conservation initiatives.

The protected areas that are using the land for photo-tourism operations are those with the greatest success in conserving lions and their prey. The tourism industry in sub-Saharan Africa is valued at $25 billion, compared to the illegal wildlife trade which is worth $20 billion. The importance of ensuring that local people have a stake in, and benefit from, protected areas and big cat conservation was also reported in the study.

Panthera Research Associate and Wildlife Conservation Network Conservation Initiatives Director, Dr. Peter Lindsey, said: “Africa’s incredible protected areas hold the key to securing the future of lions and several other wildlife species, and can yield significant benefits for people. African governments have set aside enough space to conserve lions effectively – we just need to find ways to enable those areas to be funded sufficiently and managed effectively. While a diverse set of approaches are needed to achieve lion conservation, it is clear that investing in improved management of protected areas has particular potential to boost the conservation prospects for lions. Encouragingly, there are more than just biological reasons for investing in protected areas. Well-funded protected areas, and especially those with lions, can play a critical role in developing tourism industries whose revenues can help to grow and diversify economies and create jobs. In addition, protected areas also play essential roles in providing ecosystem services, such as watershed protection. By investing sufficiently in Africa’s protected area network, the global community has the opportunity to halt and reverse the decline in lion numbers.”