Study recommends that future research should focus on the availability of shade habitat and the energetic consequences of the behavioural changes that climate change may cause in the species.

By Alex Taylor on 26th March 2014 in Climate Change, Ecology 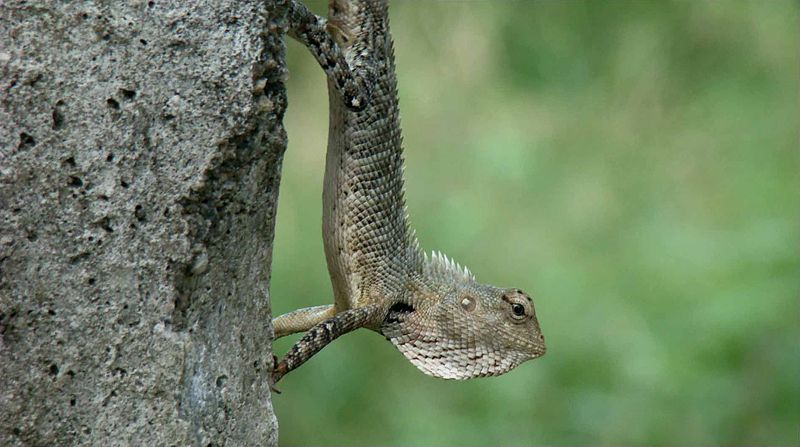 Lizards have always been believed to be one group of species that will not suffer quite as much from the impacts of climate change. Their famous tolerance for heat and ability to escape from high temperatures by seeking shade or burrowing, has led many to think that they will be able to cope with global warming. One study, published in Proceedings of the National Academy of Sciences, has proved that, sadly, this is not the case.

Scientists from the University of British Columbia in Canada looked at the heat and cold tolerance levels of 296 species of reptiles, insects and amphibians. By examining previous studies, they noted that the weather data used was from weather stations several feet of the ground. So instead, they used the temperatures more likely to be experienced by these animals, that is, just inches from the ground during the hottest part of the day.

Regardless of elevation, cold-blooded animals across the world have similar heat tolerance levels, they discovered. Yet species living at low latitudes, those in tropical regions, cannot tolerate high temperatures. Instead they rely on their behaviour to escape the heat, by using the local habitat and finding shade. UBC climate-change ecologist Jennifer Sunday, lead author on the paper, says: “Very few species have any extra heat tolerance.” This means that, as temperatures increase, it will be increasingly important to preserve migration corridors and rainforests that provide this vital shade. The study’s authors recommend that future research should focus on the availability of shade habitat and the energetic consequences of the behavioural changes that climate change may cause in the species.

One group of lizards are also at significantly greater risk from climate change than others. UK research, published in Global Ecology and Biogeography, has found that lizards with viviparous reproduction (which give birth to live young) are threatened by high temperatures because of their mode of reproduction. The switch from oviparity (laying eggs) to viviparity was an evolutionary adaptation to cold temperatures, allowing these reptiles to colonise colder parts of the world. Yet rising temperatures means that this successful adaptation has now become their downfall, as it is irreversible and they remain restricted to cold climates. The area they are able to inhabit will shrink as temperatures continue to increase, and dozens of lizards will face extinction.

These two studies prove the importance of habitat protection to such temperature-sensitive species in our ever-warming world.