Debris from logging activities in tropical forests is threatening the survival of hatchling leatherback turtles and the success of their mothers at one of the world’s most important nesting sites. 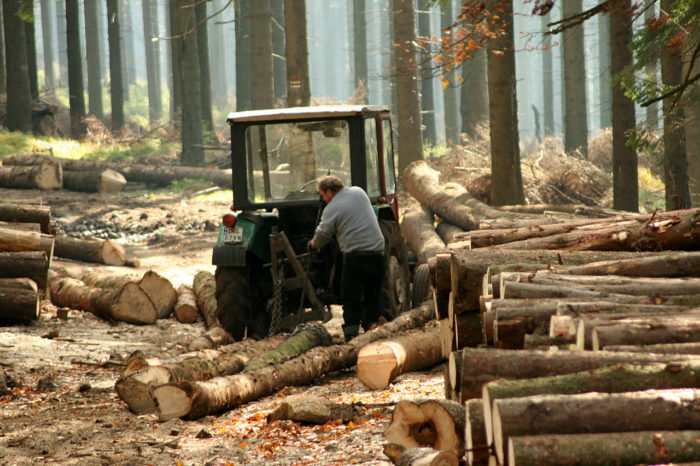 Debris from logging in tropical forests is threatening the survival of leatherback turtles hatchlings, and the reproductive success of females, at one of their most important nesting sites in Colombia. New research by scientists at the University of Exeter and the Biological Station in Seville shows that the turtles are affected during the key periods of their life cycles.

Leatherbacks are facing many threats, such as being caught in fishing nets and longlines as bycatch, because they are migratory, so travel long distances across the world. Many breeding sites are also under pressure from tourism. This new research, in the journal Marine Ecology Progress Series, has revealed that the logging is an additional, and previously underestimated, threat.

They monitored 216 turtles, comparing their activity in areas with high and low amounts of debris at a globally significant nesting site in Colombia. They also manipulated the amount of debris to see how it changed behaviour.

They found that females which nested in areas with high amounts of debris spent more time building their nest and tended to do so closer to the shoreline. But by trying to avoid the debris, these nests were more vulnerable to flooding, which puts the eggs at risk. Some females were also wounded in the process of nest building. Debris also meant that it took longer for hatchlings to reach the sea. This increased their chance of being eaten by predators and resulted in them expending more energy, which made them more vulnerable.

Professor Brendan Godley, director of the Centre for Ecology and Conservation on the University of Exeter’s Penryn Campus in Cornwall, is a co-author of the study. He said: “Leatherback turtles are already under immense pressure, from fisheries bycatch and are also one of the species prone to ingesting marine plastic litter. Our research clearly indicates that logging presents another threat. It is now paramount that beach clean-up operations are built into logging activities to prevent further damage to this species.”

Dr Adolfo Marco Llorente, of the Doñana Biological Station, said: “Although logging debris does not affect rates of nesting, it has a significant impact on where and how nests are built, which negatively affects both mothers and hatchlings. This is on a scale that could lead over time to reduction of the overall population. Simple measures could make a real difference, such as repositioning organic waste areas, or salvaging the wood debris as an energy source. It’s also essential that logging practices that reduce the impact on the marine environment are implemented.”