The first review of mountaintop species and their response to climate change has found that for every one degree Celsius increase in temperature, species shift 100 metres upslope. 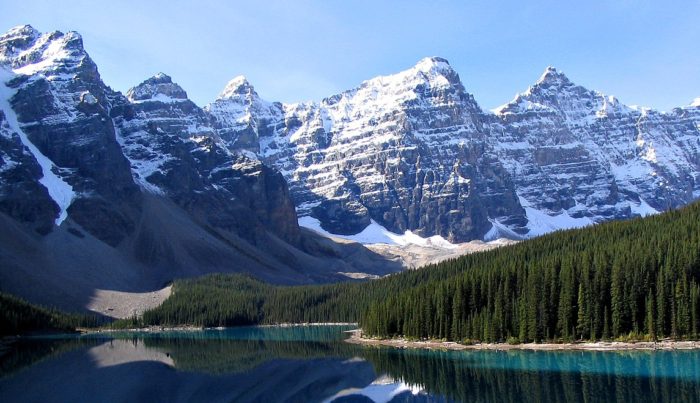 Climate change is changing the distribution of many species. For most that live on mountains, the only way to go is up, but sooner or later, they are going to run out of mountain. A new study, the first broad review of its kind, has analysed shifts in elevation range due to warming temperatures in 975 populations of animals, plants and insects.

The study was carried out by scientists at the University of British Columbia (UBC) in Canada, and their results were recently published in the journal Global Ecology and Biogeography. For every one-degree-Celsius increase in temperature, mountaintop species shift upslope 100 metres, shrinking their inhabited area and resulting in dramatic population declines.

Benjamin Freeman, lead author of the study and a postdoctoral researcher at the UBC Biodiversity Research Centre said: “Most mountaintop species we looked at are responding to warming temperatures by shifting upslope to live in cooler environments. As they move towards the mountaintop, the area they live within gets smaller and smaller. This supports predictions that global warming could eventually drive extinctions among species at the top.”

Data from 23 previous surveys and studies, largely conducted over the past 50 years, was analysed. The study found that most mountaintop species have moved upward, including:

The northern pocket gopher in Nevada’s Ruby Mountains lost more than 70% of its inhabited area over the past 80 years as a 1.1-degree temperature increase drove populations upslope.

The mountain burnet butterfly in the French Pyrenees adjusted to a one-degree temperature increase by shifting upslope 430 metres – losing 79% of its range over the past 50 years.

An alpine meadow flower in the Himalayas moved upslope more than 600 metres as temperatures rose more than 2.2 degrees in the past 150 years. It lost 29% of its habitat in the region.

However, the research also found that a few species, such as the white-crowned sparrow in the southern Sierra Nevada Mountains in California, moved their entire range down mountains.

“This highlights how complicated responses to climate change are likely to be. We might be able to predict what happens on average, but predicting how any particular species will respond is a serious challenge. We should be treasuring, archiving and protecting historical data and long-term studies that give us baselines to see how the world is changing,” says Anna Hargreaves, an assistant professor at McGill University who worked on the study as a postdoctoral researcher at UBC.

Julie Lee-Yaw, study co-author and postdoctoral researcher with the UBC department of botany, adds: “Changes in species’ geographical ranges are likely to have important implications for conservation. The decreases we’re seeing at high elevations mean that the area of suitable habitat is getting smaller, and we may start to see declines in the number of individual animals a given mountain can support. It’s important to study how these shifts are affecting population sizes.”