Whilst they aren’t the most spectacular insects in Britain, I’m glad to have gotten to know them, just one of the common insect groups I’ve stumbled on this year which were hitherto unknown to me. 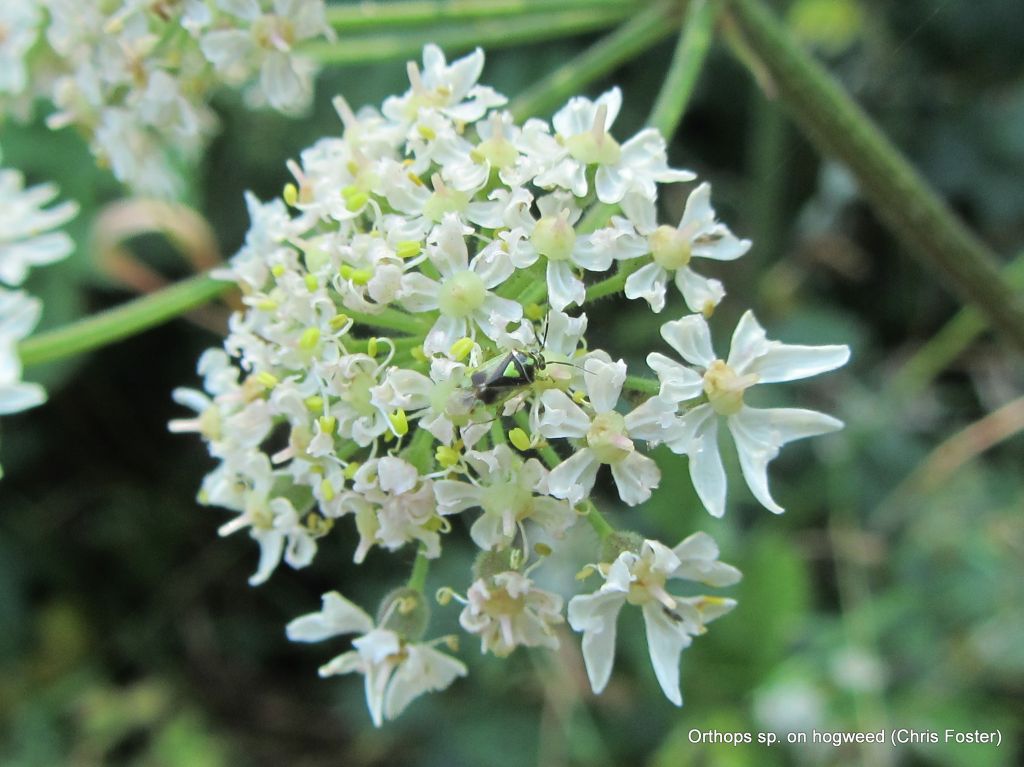 O is for what?, I hear you ask. It’s a fair question: before this spring, I’d never heard of nor knowingly seen any one of the few small, green bugs in the genus Orthops, family Miridae. Before this spring, I’d also never carefully searched a patch of flowering umbellifers, and it is there that the Orthops like to hang out. I’d seen the potential of this abundant, pollen-rich plant family as an insect attractant, but mostly through observing hoverflies and other more obvious groups.

It wasn’t until I embarked on a fieldwork project this spring, searching umbellifers thoroughly, flower head by flower head, for whatever small insects lurked within, that I realised that Orthops were more common than plenty of better-renowned insects, and not at all unappealing. At 4mm long, they just take a little searching for, as these pictures illustrate.

The three species are very similar, and despite seeing hundreds during the course of the field season I’m still not entirely au fait with separating them reliably. As usual for Hempitera, the excellent British Bugs website is the best resource for doing so, though I do feel that bugs, being plentiful, bright and colourful, are overdue for comprehensive treatment in a field guide. 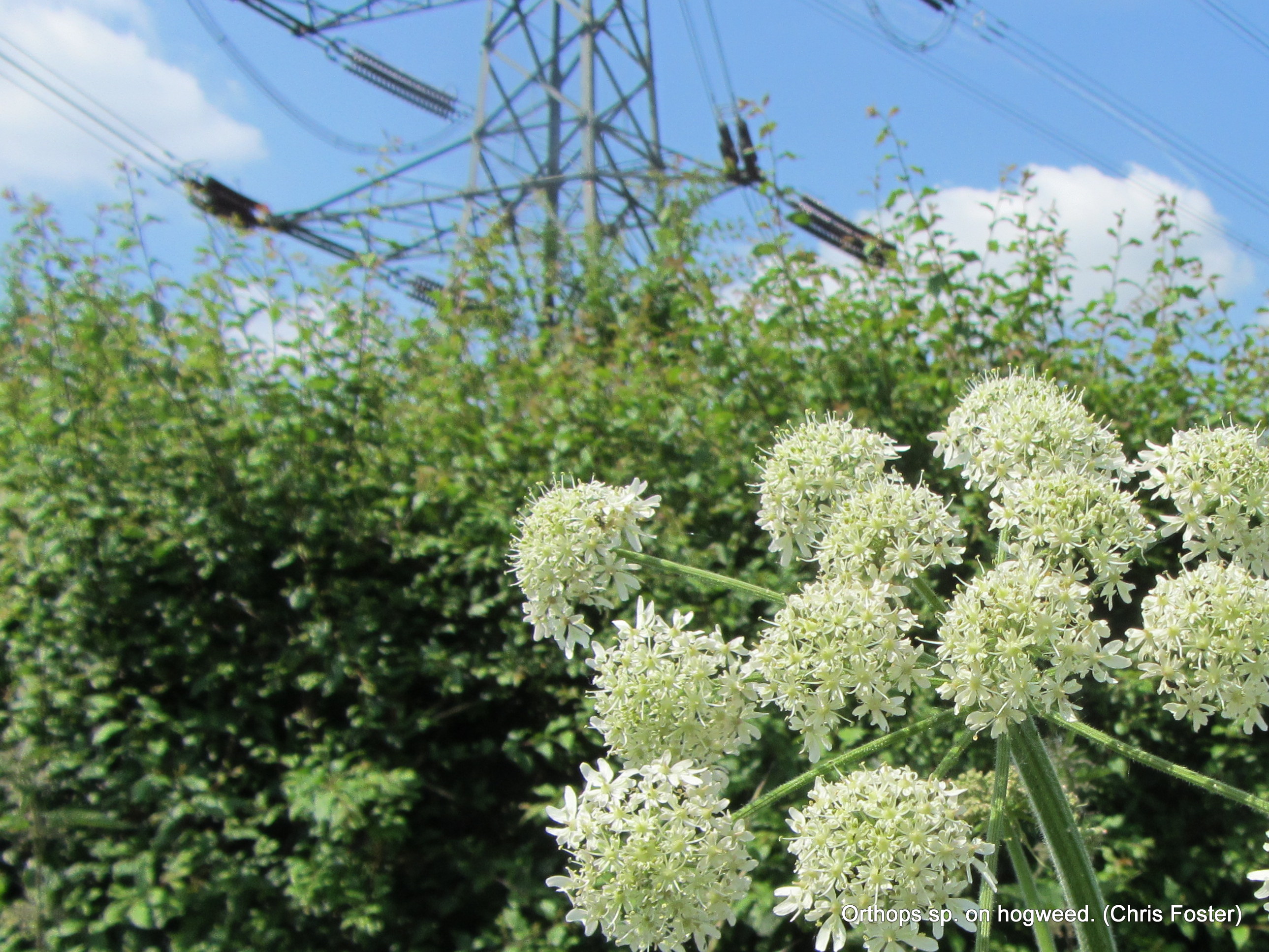 Having emerged from their overwintering spots, adults were fairly common on cow parsley – the early-season umbellifer that lights up almost every lane and hedge bank during May and into June. As the cow parsley faded from flower to seed, and robust, pungent hogweed rose to take its place, I noticed Orthops numbers dropping rapidly away. During this time last year’s adult bugs would have died off as a new generation hatched and grew somewhere temporarily out of reach of my surveys (or maybe they were just too tiny to notice).

Speaking of pungency, something else I learned this summer – and it should on reflection have been obvious – is that hogweed is named for its smell. The flowers do indeed have a distinctly porcine aroma, the rankness of which seems to vary from fairly mild and sweet to rancid bacon fat. Fortunately for hogweed’s pollination prospects, the aroma of porcine decay is clearly a signal to many insects that dinner is served. Once its flowering cycle was properly in full swing in mid-July, the Orthops returned, in sometimes spectacular numbers. Often I would find ten, 20 or more on a single flower head, and they’re fast-moving, agile bugs, quick to fly in hot weather. In other words, an Orthops census presents quite the challenge for a weary entomologist.

Whilst they aren’t the most spectacular insects in Britain, I’m glad to have gotten to know them, just one of the common insect groups I’ve stumbled on this year which were hitherto unknown to me. My advice would be to get out and get looking – really looking hard – in places that you hadn’t thought to look before. Get out and see what other common creatures are hiding in plain sight.