By James Common on 1st September 2016 in Animal Conservation, Environment 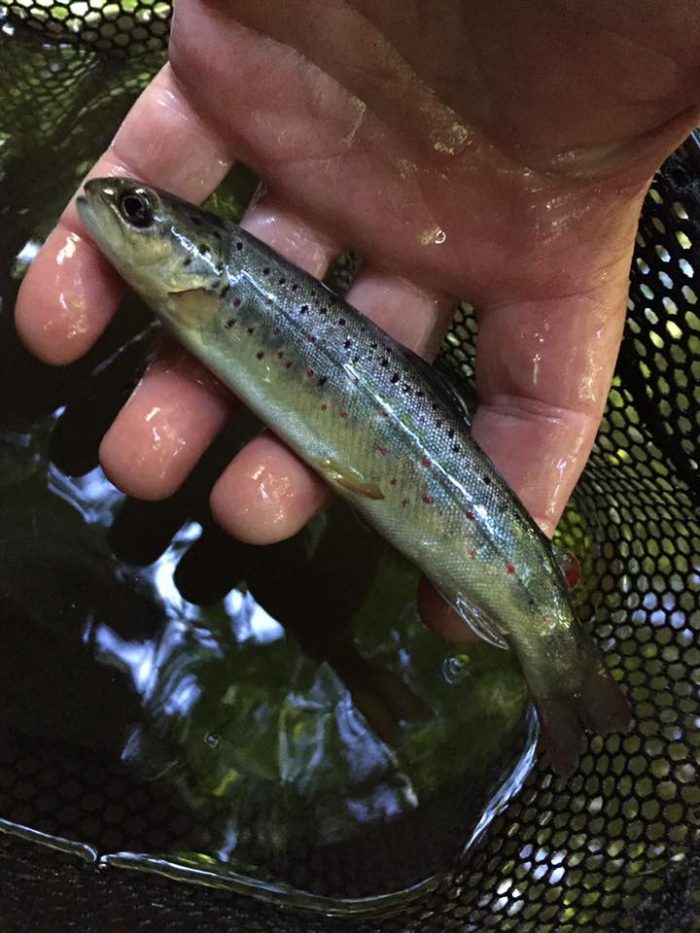 Like any other British river, the mighty Tyne has had its fair share of problems over the years. Not least pollution – from both industrial and agricultural sources – as well as development and overexploitation of its natural resources. And to this day, still finds itself besieged by the blights of modern life: by bank erosion, invasive species and perpetual development along its banks and innumerable tributaries. The river itself far removed from its former, untamed glory, yet gradually recovering. With fish stocks now replenishing, riverside vegetation seeding a new and past wrongs gradually set to rights. Through work conducted in the name of conservation – by organisations such as the Tyne Rivers Trust, and the dedicated local people who live along the river banks.

My uncle is once such person who lives on the Tyne, an angler and passionate outdoorsman. Fishing the river regularly and dedicated to giving something back to the ecosystem he cherishes – through work in coordination with the aforementioned organisation to better the the Upper Tyne and its tributaries. As such, when a family visit to the area this week provided an opportunity to not just see this work first hand, but to help, I jumped at the opportunity. And the last few days have been spent getting down and dirty amid the turbulent waters of Tyne. The experience providing a rare chance to involve myself in some physical conservation work and make a difference, and an opportunity to learn from a vast array of dedicated conservationists fighting to restore the prestige of the catchment.

The first day in the area was spent along a secluded burn, one of the many tributaries of the main river and the site of a former mine. A mine which once utilised the torrent for industrial means, the channel itself narrowed and concreted and the water cascading downstream forced into two narrow pipes. Pipes which have transformed the channel entirely, resulting in a high-pressure torrent almost unpassable to fish. A trend brought to light by previous electrofishing surveys which found an abundance of fish below the obstruction, but almost none above. Leaving little doubt that something had to be done to allow fish to pass upstream into previously unexploited spawning areas.

This was done, quite simply, through the installation of a dozen fish rests – designed to break up the flow of the torrent, thus providing migrating salmonids with deeper pools in which to rest during their journey upstream. The various installations, made of biodegradable timber, working as a ladder, allowing fish to move and rest until they breach the pipes and reach the upper courses of the burn. As opposed to simply being was back downstream by the outflow, or predated as they attempt to manoeuvre around the obstacle when the river floods and allows them to swim around it. It will be interesting to learn whether these measures bare fruit in the future.

Heading off from the first site, I was later guided around a number of sites where similar measures had been enacted successfully. Where ladders, not too dissimilar to the ones we had recently laid, had allowed fish to pass similar obstructions on nearby waterways. Including a formidable road-drainage tunnel, and rather high concrete weir. Both of which had, in years past, actively prevented the upwards migration of both Sea Trout and Salmon along said rivers. Gazing at the engineering, I was delighted to see a number of young fish darting about upstream of the former obstacles and was reliably informed that aquatic surveys had found new evidence of spawning in these areas. News which, coupled with a delightful story of leaping trout from a local landowner, rang like music in my ears. And went some way to showing that measures such as these really do work.

The next foray into the upper Tyne region was more exciting by far. And thanks to a very kind offer from the Tyne Rivers Trust I soon found myself garbed in waders and brandishing a net as I followed the team around on four separate electrofishing surveys around a number of their regular haunts. The surveys themselves taking place both below, and upstream from glaring obstructions. Aiming to assess whether said obstacles were preventing the migration of salmonids and thus breeding upsteam.

Cutting a long story short, three of the four sites where conservation measures had been enacted, came up trumps with a bumper haul of fish. All of which were stunned with a very low electrical pulse, netted and quickly processed to allow the necessary measurements to be taken. Before, of course, being released back into the River. While, on this occasion, no Salmon were found, Trout fry – first year fishing measuring in at less than 75cm – were numerous, providing a clear indication of breeding in the area. While a number of parr were also observed. These being larger second-year fish present in the river for upwards of two years. Add to these a number of beautiful adult Brown Trout and a whopping sixty intriguing Stone Loach, and a good day was had by all. Myself most of all – having had very little experience with fish to date, and quite frankly in awe of the startling, yet highly variable colour of the fish. Many of which, despite looking similar to the brownies, were likely Sea Trout. Though these “species” are actually one in the same, separated by habit, as opposed to genetics.

During my stay, it was incredibly promising to see anglers taking beneficial action on behalf of the River, and in some cases funding conservation work themselves. Yes, such action is undertaken to protect their own interests, and to bolster numbers of fish species they love to catch, but also out of love for the environment in which these fish persist. And while such measures are intended, predominately, for salmonid conservation, the impacts of their work will likely be far greater. Fish passes allow far more than just trout and salmon to move upstream, beneficial to many other fish species and, subsequently, the predators which feed on them. The whole rather uplifting ordeal later summed up perfectly in a conversation with one incredibly knowledgeable angler:

“We cannot protect these species out at sea, that is impossible, but we can ensure that through increased breeding productivity, more fish reach the sea, and in a healthy condition – giving them the best possible chance for survival”.

Just a quick note – If, like me, you are enthralled by fish. Or simply want to do your bit for the conservation of your local waterways, the Rivers Trust’s are always looking for volunteers. Work such as electrofishing and invasive species control are education, essential and above all else, enjoyable. It is well worth signing up.