By Alex Taylor on 27th May 2015 in Marine Conservation, Policy & Legislation 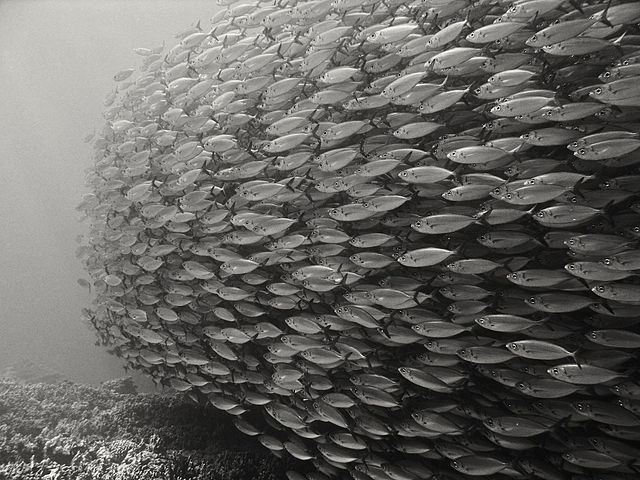 Image: By SteveD [CC BY 2.0 (http://creativecommons.org/licenses/by/2.0)], via Wikimedia Commons

The UK government has announced the creation of the world’s largest marine reserve – the Pitcairn Islands Marine Reserve in the southern Pacific Ocean. The second largest marine reserve, the Chagos Marine Reserve around the British Indian Ocean Territory, was also created by the UK in 2010. Twenty-two percent of waters under British jurisdiction are now fully protected, and with this designation the total percentage fully protected waters on the planet has now been increased by 25.

The Pitcairn Islands is one of the remotest places in the world. The new reserve extends 12 miles offshore from the islands to the full 200 nautical mile limit of the Territory’s waters. The total area of the reserve covers 322,000 square miles (834,000 sq km) which is roughly three and a half times the area of Britain.

With this designation will come the protection of a vast array of wildlife. There are over 1,200 marine species around Pitcairn, including whales and dolphins, and 365 species of fish, turtles, seabirds and corals. Forty-eight percent of these species are globally threatened, including the critically endangered hawksbill turtle, and some found nowhere else on Earth, such as the Pitcairn angelfish. The reserve is also home to the world’s deepest-known living plant – a species of coralline algae found 382 metres (1,253 ft) below sea level. One of the two remaining raised coral atolls on the planet will be protected, as well as 40 Mile Reef, the deepest and most well-developed coral reef known in the world.

Pitcairn’s rich waters will now be off-limits to all extractive and damaging activities. The reserve will be safeguarded from deep sea mining exploration, pollution, climate change, overfishing, and illegal pirate fishing. In fact, the reserve will be monitored by technology known as the Virtual Watch Room as part of Pew’s Project Eyes on the Seas. This satellite monitoring system will allow government officials to detect illegal fishing activity in real time – the first time any government has combined the creation of a marine reserve with the most up-to-date technology for surveillance and enforcement of a protected area.

Jo Royle from Global Ocean Legacy, a project of Pew and its partners, said: “With this designation, the United Kingdom raises the bar for protection of our ocean and sets a new standard for others to follow. The United Kingdom is the caretaker of more than 6 million sq km of ocean — the fifth-largest marine area of any country. Through this designation, British citizens are playing a vital role in ensuring the health of our seas. The Pitcairn Islands Marine Reserve will build a refuge of untouched ocean to protect and conserve a wealth of marine life. We celebrate members of Parliament for pressing for this action.”