Conservationists believe that it is simply not enough to list them as threatened under the Endangered Species Act if there is no control over the industrial activities that are causing their decline. 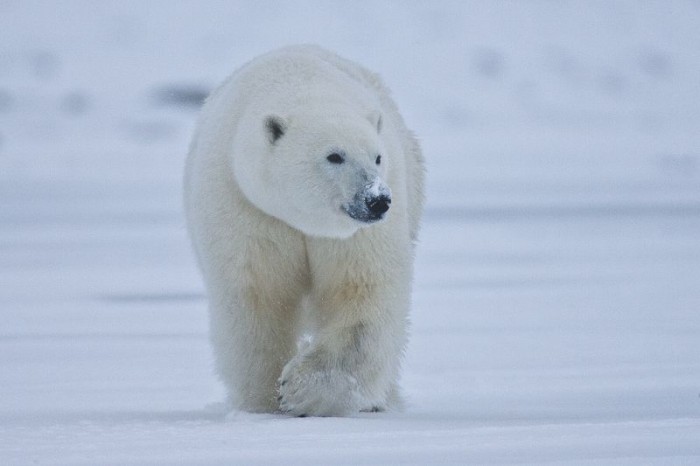 Polar bears are the poster species of the threats posed by climate change. Melting sea ice resulting from rising temperatures is already making hunting for seals much harder, and causing the bears to starve and drown. There is evidence that by 2050, two thirds of the world’s polar bear populations will be extinct.

Polar bears were finally listed as threatened under the US’s Endangered Species Act in 2008. However, last week the Obama Administration released a proposed rule similar to an earlier version put forward under President George W. Bush that will exclude restrictions on activities outside the bears’ range. This means that polar bears will not be protected from activities that produce harmful emissions and contribute to the melting of sea ice, the biggest threat to their survival, even though they are carried out thousands of miles from polar bear habitat.

The oil and gas industry argued that it would make no sense to require someone in the USA to compensate for threats to the bears in the Arctic. The US Fish and Wildlife Service also pointed out that if there were not exemptions, there would be so many lawsuits that they would take up time that would be better spent helping polar bears. Nevertheless, conservationists believe that it is simply not enough to list them as threatened under the Endangered Species Act if there is no control over the industrial activities that are causing their decline.

President Obama is also being urged to propose a worldwide ban in the commercial trade in polar bear parts, by transferring polar bears from Appendix II to Appendix I of CITES (the Convention of International Trade in Endangered Species of Wild Flora and Fauna). Even though polar bear populations are falling, Canada still allows the hunting and killing of more than 300 bears each year and is actually increasing this quota in some areas. This is due to the growing commercial value of polar bears for the international fur trade (with hides fetching record prices) and the increase in demand for trophy hunting.

At the previous CITES meeting, the Obama Administration proposed a ban but were unsuccessful. Sign the petition urging the US Fish and Wildlife Service to sponsor the ban here to ensure that polar bears already suffering the consequences of our warming planet are not also threatened by our greed.