It amazed me how little mention there was of the impact population growth has on the species we share the planet with. 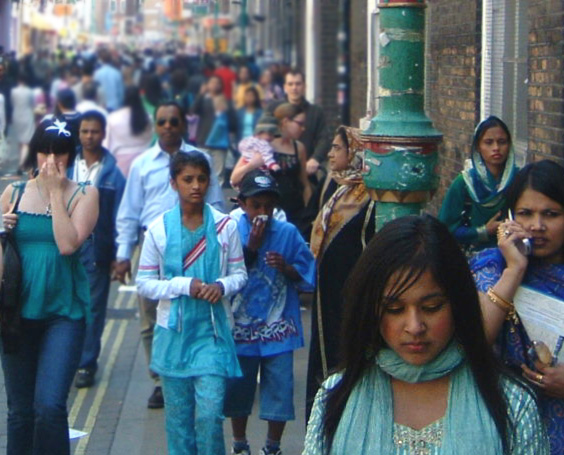 Last month, the United Nations officially announced that the world’s population has reached 7 billion. It was reported widely in the media, with numerous shocking statistics highlighting the rapid growth in recent decades. With a doubling in numbers since 1970, the population looks set to reach 10 billion by the end of the century.

The media reports mentioned fears about famine, resource depletion, loss of land fertility, and economic and political upheaval.  These are all outcomes that affect us humans, but it amazed me how little mention there was of the impact population growth has on the species we share the planet with.

Population Matters, a British organisation working to restrain population growth, lists the effects growing human numbers have on biodiversity on their website.  More people need more space, and human activity continues to encroach into natural environments, leaving them fragmented or completely destroyed. There will be more mouths to feed, resulting in increased hunting of wild animals for bushmeat in the developing world, and over-fishing in oceans, as well as more land converted for farming, (even though one third of the planet that is not water or ice has already been converted to agriculture). Trade between countries will rise, spreading more invasive or non-native species, and the search for depleting resources will go further afield resulting, for example, in the long-distance transport of oil with a greater risk of spillage.

More greenhouse gas emissions will also be pumped into our atmosphere. Measures are being taken in the developed world to reduce emissions, but it is now known that soot, or black carbon, produced by cooking fires made from twigs and dried dung used in developing countries, is the second most important contributor to rising global temperatures, responsible for 18% of warming.

It is in the developing world where the fastest growth is happening. The need for land will drive deforestation of the rainforests, which are vital, not only for the animals and plants living there, but also for the planet in terms of carbon storage. Biodiversity “hotspots” (areas that hold disproportionately large numbers of species) are mostly found in the developing world, and will only come under increasing threat from rapid growth.  Just one hundred years ago there were 100,000 tigers in India, but today, for every wild tiger on Earth, there are two million people. With one of the world’s fastest growing populations, India’s government will face increasing pressure to “open” national parks to development, and the future of the tiger will surely be in jeopardy.

Although birth rates have decreased in the developed world, immigration is driving growth in countries such as the UK, USA, Canada and Australia that would otherwise have stabilised or decreased their populations.

Yet with all these threats to the natural world and its inhabitants, it is surprising how few conservation organisations work to tackle the problem of overpopulation, or even mention it as a reason behind the decline in biodiversity. One group leading the way is the US-based Centre for Biological Diversity who produced an advert about overpopulation that plays in Times Square in New York City, reaching more than a million people a day. They state that “overpopulation is at the root of virtually all threats to species around the globe.”  It is vital that more conservationists acknowledge this, and that we tackle our own population growth before we can realistically increase populations of endangered species.

Recommended Reading
Foreman, Dave (2011). Man Swarm and the Killing of Wildlife. USA: Ravens Eye Press.
To find out how large the population was when you were born, click here.