An international team of wildlife ecologists, led by Oregon State University, conducted a comprehensive analysis of data on the world’s largest herbivores

By Alex Taylor on 27th May 2015 in Animal Conservation, Ecology, Research 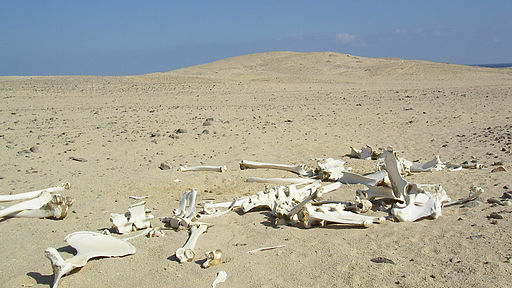 Many large mammals once roamed the Earth – mastadons, mammoths, giant elk, sabre-tooth cats, dire wolves and American cheetahs to name just a few. They thrived, until modern humans spread through the world. Then they disappeared. The trend continues now, with large mammals continuing to decline and smaller species becoming endangered too.

A new study published in Science Advances has documented the decline of the world’s largest herbivores, especially in Africa and Asia. As a group, terrestrial herbivores encompass approximately 4,000 known species and live in many types of ecosystems on every continent except Antarctica. Many populations of animals such as rhinoceroses, zebras, elephants, camels and tapirs, as well as less well known species such as takin, teouprey and tamaraw are diminishing or threatened with extinction in grasslands, savannahs, deserts and forests.

An international team of wildlife ecologists, led by Oregon State University, conducted a comprehensive analysis of data on the world’s largest herbivores – those over 100 kilograms (220 pounds). They focused on 74 species, the majority decreasing in distribution and abundance, and studied their key threats and the ecological consequences of their decline.

The highest number of threatened large herbivores live in developing countries, especially Southeast Asia, India and Africa. This means that the poorest nations will bear the cost of their conservation and of the consequences of their decline. Only one endangered large herbivore lives in Europe – the European bison – and none live in North America, although this continent has lost most of its large mammals already.

Twenty-five of the largest herbivores now occupy on average of only 19% of their historical range. Lead author William Ripple said: “I expected that habitat change would be the main factor causing the endangerment of large herbivores. But surprisingly, the results show that the two main factors in herbivore declines are hunting by humans and habitat change. They are twin threats.”

Competition from livestock production, which has tripled globally since 1980, has reduced herbivore access to land, forage and water and also raised disease transmission risk. Herbivore hunting occurs for two major purposes – meat consumption and the global trade in animal parts. An estimated one billion people subsist on wild meat. Co-author Taal Levi said the causes of the decline of some large herbivores “are difficult to remedy in a world with increasing human populations and consumption. But it’s inconceivable that we allow demand for horns and tusks to drive the extirpation of large herbivores from otherwise suitable habitat. We need to intensify the reduction of demand for such items.”

The consequences of large herbivore decline will include reduction of food for large carnivores, diminished seed dispersal for plants, more frequent and intense wildfires and changes in habitat for smaller animals. To understand these more fully, the authors call for a co-ordinated research effort in developing countries.

This study followed on from a 1992 analysis of the decline of animals in tropical forests which used the term “empty forest.” Ripple and his colleagues went a step further by looking well beyond just forests, so “we coin a new term, the empty landscape,” he said. “Without radical intervention, large herbivores (and many smaller ones) will continue to disappear from numerous regions with enormous ecological, social, and economic costs.”