Cars are a significant threat to many species throughout the world, killing animals indiscriminately. Yet new research involving the Zanzibar red colobus shows that the installation of speedbumps on roads significantly reduces mortality levels. 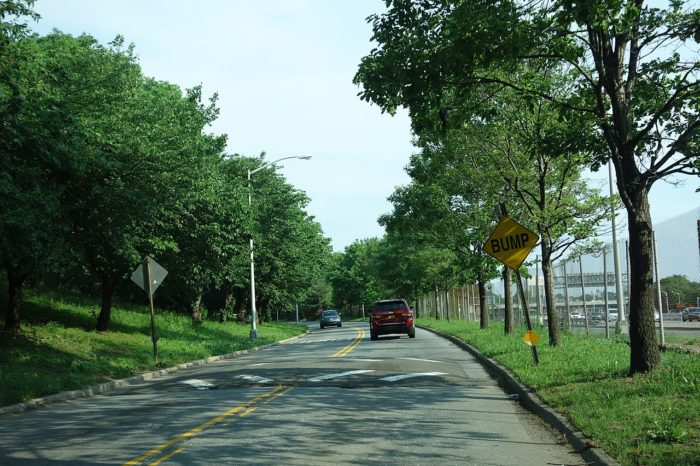 A new study has revealed that a drastic reduction of deaths of one of Africa’s rarest primates, the Zanzibar red colobus, followed the installation of four speedbumps along a stretch of road where the species frequently crossed.

Zanzibar red colobus are found only in the Zanzibar archipelago off the coast of Tanzania. The population is believed to have been isolated on Unguja Island after sea levels rose toward the end of the Pleistocene epoch. It is currently classified as Endangered by the IUCN Red List. Reliant on the island’s forests for their survival, around half of the species population is found in Jozani-Chwaka Bay National Park. In the mid-1990s, it was adopted as the flagship species for conservation in Zanzibar.

In the study, published in the journal Oryx, primatologists from Bangor University, in collaboration with national park managers from Zanzibar and the Wildlife Conservation Society (WCS), assessed mortality from vehicle collisions – a growing threat faced by primates living in increasingly fragmented habitats crisscrossed by roads.

They found that historic data from the road traversing the national park showed that one colobus was killed on average every two to three weeks by traffic. After speedbumps were installed, this was reduced to one every six weeks.

While great progress, this mortality rate is still a significant threat to the species, especially given that natural predation tends to target weaker individuals, yet roadkill is indiscriminate, killing reproductively active adults as well as the very young and old.

Bangor primatologist and Director of the Zanzibar Red Colobus Project, Dr. Alexander Georgiev, and senior author of this study, said: “Cars are not selective in the animals they kill. This means that while natural predators may target the very young and old more often, cars are equally likely to kill reproductively active young adults, who would contribute the most to population growth. And this may be a problem.”

Harry Olgun, now a PhD student at the University’s School of Natural Sciences, led this study as part of his Masters research on the road ecology of the Zanzibar red colobus. Olgun said: “After the road at Jozani was surfaced but before the speedbumps were installed, a colobus was reported to have been killed every two to three weeks, resulting in perhaps about 12 to 17 percent annual mortality, according to one estimate. The recent data show that speedbumps have made a huge difference for the safety of the colobus. Adding more speedbumps would help reduce the risk further.”

Dr. Tim Davenport, Director of Species Conservation and Science in Africa at WCS, who led the first countrywide census of the Zanzibar red colobus a few years ago and is a co-author of the study, said: “As tourism grows in Zanzibar and habitat continues to shrink, using science to quantify and solve conservation problems has never been so important. Understanding the impact of vehicles on wildlife within a park, and implementing practical solutions is exactly what we as conservationists should be doing.”