New facial recognition software and an app using state-of-the-art technology can help in the fight to protect endangered primates, more than 60% of which face extinction. 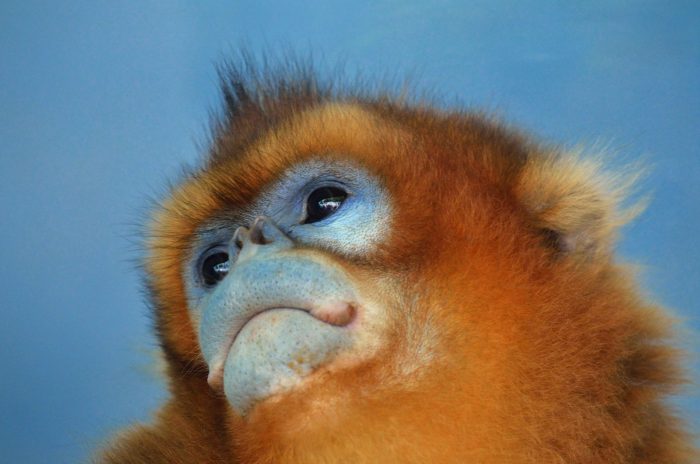 New facial recognition software and an app invented by scientists at Michigan State University can help in the fight to protect endangered primates, more than 60% of which face extinction.

Golden monkeys have lost so much habitat, they are only found in a handful of national parks in Africa. They have been listed as endangered since 1996, with an estimated population of between 2,500 and 3,500 individuals. Native lemurs in Madagascar are being displaced due to farming and the illegal hardwood trade that is destroying the island’s forests. And in a recent six-year span, more than 22,200 great apes have been lost due to the illegal wildlife trade, yet there have been only 27 arrests.

“Intervention is necessary to halt and reverse these population declines. Automated facial recognition is one way we can help combat these loses,” said Anil Jain, Professor of computer science and engineering and senior author of the study.

Jain and his doctoral student Debayan Deb harnessed the prowess of his world-renowned biometrics lab, which has helped solve high-profile crimes, to create PrimNet. The program uses convolutional neural networks – artificial-intelligence inspired technology that allows everything from self-driving cars to robots to observe and understand our world.

Along with improved accuracy, PrimNet represents a more cost-effective approach to primate tracking. Traditional tracking devices can be expensive, ranging between US$400 and US$4,000. In addition, it is a far less invasive method. Capturing and tagging animals can be time-consuming and can adversely affect the animals. The process can disrupt social behaviour, and it can cause stress, injury and sometimes even death.

To complement PrimNet, the team of scientists created an Android app, PrimID. Researchers in the field can now snap a photo of a golden monkey, drop it into the app and identify the primate in question with a high degree of confidence.

In many cases, PrimID will produce a match that is greater than 90% accurate. With lemurs in particularly, PrimID scored an impressive 93.75% accuracy. If it is not an “exact” match, the app will offer up to five potential candidates from the dataset, corresponding to the top five confidence ratings.

“We compared PrimID to our own benchmark primate recognition system and two, open-source human face recognition systems, and the performance of PrimNet was superior in verification one-to-one comparison and identification, or one-to-many comparisons, scenarios. Moving forward, we plan to enlarge our primate datasets, develop a primate face detector and share our efforts through open-source websites,” explains Professor Jain.

This invention, along with sharing it open sourced, provides another tool to offset wildlife trafficking. For example, if a captured great ape can be photographed and identified, knowing its origin can offer insights to its capture and help improve efforts to deter future crimes.