Not only do we kill animals at far higher rates than other predators, we hunt in ways that are particularly destructive. 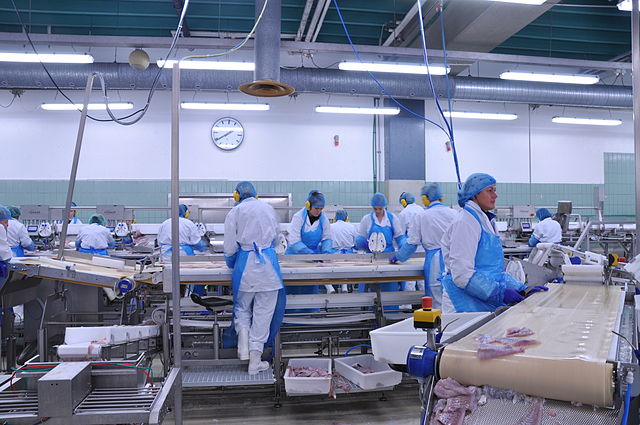 A ground-breaking new study was published last month. It reported that humans are unlike any other predator on the planet and have become ‘super predators’. Not only do we kill animals at far higher rates than other predators, we hunt in ways that are particularly destructive.

Other predators focus their efforts on juvenile animals – those that are more likely to succumb to starvation and disease. By contrast, humans are far more likely to kill adults in their reproductive prime, particularly among carnivores on land and fish in the ocean.

The study, published in Science titled ‘The Unique Ecology of Human Predators,’ evolved from research carried out by Thomas Reimchen from the University of Victoria in British Columbia in the 1970s. He was studying predator-prey interactions in a remote Canadian lake, where 22 species of trout, loons and other predators feed on stickleback fish. Even though predator numbers were high, the population of sticklebacks remained stable. This is because the predators overwhelmingly ate fry, juveniles and sub-adults and consumed only 5% of the reproductively valuable adults each year. “This situation contrasted dramatically with the commercial fishing I observed in adjacent marine waters, which were taking from 40 to 80 percent of the biomass of salmon and herring, and then predominantly the reproductive-age classes,” said Reimchen.

This inspired him to collect data from other studies that looked at predators, including humans, and the characteristics of the prey they consumed. In total, he and his colleagues surveyed around 2,200 species of predators and gathered data on 399 prey species from every ocean and all continents except Antarctica.

In some cases, herbivores on land for example, they found that humans kill adult prey at about the same rate as non-human predators. However, the harvest of adult carnivores (predators) by humans was nine times that of other large carnivores which were mostly killing each other through competition. In oceans the situation was even more dramatic. Marine predators harvest about 1% of adult biomass each year. By comparison, humans take a median of 14%, but up to as much as 80% of adult biomass. This, the researchers say, makes human predation fundamentally different from others in nature, and ‘wickedly efficient.’ “These implications, the high exploitation rates that drive them, and the broadest taxonomic niche of any consumer uniquely define humans as a global ‘super predator,’” they note in the study.

The reasons why humans target adult animals are varied. Older animals provide more meat for the effort of killing them. And most fisheries and wildlife management schemes specifically call for adults to be harvested – the theory behind this is that it frees up food and resources for young animals which are then available for harvesting later as adults.

This may have short-term benefits for humans but there are ramifications for populations, especially among fish. Old, large fish tend to produce the most offspring – sometimes hundreds of thousands of eggs in a single year. Harvesting these individuals hampers the reproductive capabilities of the population and can even affect the evolution of a species. By targeting larger fish, for example, humans have driven the shrinking of body sizes. Because smaller fish have fewer offspring, the population will be less resilient.

Humans have been able to become super predators thanks to technology, which can make relatively few people highly productive. This has allowed us to escape the limits found in predator-prey relationships in nature. Lead author Chris Darimont says: “The contemporary forces are stunning and underline just how peculiar a predator the human species has become.”

Better weapons mean that hunting and fishing are relatively safe activities, with less personal risk to us than to other predators. With powerful boats and better nets we can access deep oceans where our bodies would not survive. We can pursue prey at high speed with cars and airplanes, and don’t have to live near to where our prey lives. And industrial-scale processing, refrigeration and freezing allow us to take far more prey than we can eat.

In natural systems, predator populations fall when prey populations fall. We, however, subsidise our survival with agriculture. We also place a higher value on certain species for reasons that have nothing to do with food, as the recent increase in poaching of rare African mammals demonstrates.

For humans to change from being super predators into something more sustainable, the researchers state that many limitations will need to be imposed. The study concludes: “Transformation requires imposing limits of humanity’s own design: cultural, economic, and institutional changes as pronounced and widespread as those that provided the advantages humans developed over prey and competitors. This includes, for example, cultivating tolerance for carnivores, designing catch-share programs, and supporting community leadership in fisheries. Also key could be a new definition of sustainable exploitation that focuses not on yields to humanity but rather emulates the behaviour of other predators. Cultural, economic, and technological factors would make targeting juvenile prey challenging in many cases. Aligning exploitation rates on adults with those of competing predators, however, would provide management options between status quo exploitation and moratoria…more aggressive reductions in exploitation are required to mimic nonhuman predators, which represent long-term models of sustainability.”

There are some models currently in use that could help guide us. One example is the lobster fishery in Maine, USA, which has long imposed size limits that ensure that the largest lobsters are left in the water. In addition, we must overcome some deeply held societal beliefs. Chris Darimont said: “Is it a warning? It wasn’t designed as such, but I suspect many will interpret it as yet another call for humanity to reconsider its impacts on the ecosystem and ultimately upon ourselves.”