Home › Articles & Blogs › The Truth About Monkeys as Pets

The Truth About Monkeys as Pets

By Guest Bloggers on 12th December 2011 in World Conservation Issues 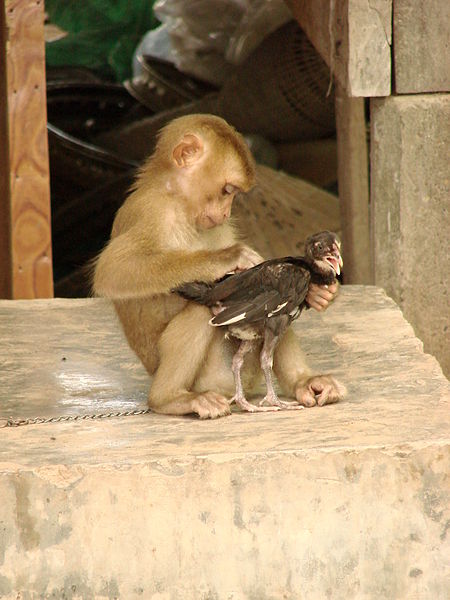 When looking at a baby monkey most would see an irresistible, big-eyed, fluffy creature in need of love, which can’t possibly pose any danger to anyone. The truth of the matter is very different and yet it is thought that over 11,200 monkeys are kept as pets in the UK.

In America the number is even larger: it is thought 15,000 primates are kept as pets. It is possible to buy many species online, from capuchins to chimpanzees. Even endangered species can be bought including gibbons, lemurs and Diana monkeys.

Taking on a baby monkey is a huge commitment that many are not equipped for. Monkeys can live for 20 to 40 years and require an extensive amount of space and exercise. Housing and feeding a monkey can be very expensive and when the novelty wears off re-homing a monkey is extremely difficult.

They are still a wild animal

One of the major issues with keeping any primate as a pet is the fact they are still a wild animal. Unlike cats and dogs, primates have not been domesticated, and eventually their instincts WILL take over. When primates reach maturity they often become unpredictable and aggressive. Depriving any animal from their natural way of life, including removing their natural social relationships with their own species is very likely to create behavioural problems and neuroses. Attacks on human owners are not uncommon; monkeys are known for biting and scratching. People who have kept larger primates, such as chimps, have even lost their lives.

Despite all the issues with keeping a primate as a pet many people can’t resist the idea of having their own living toy that resembles a child. Many people in fact openly state they keep a monkey as pet because they don’t have children and the monkey fills that gap in their lives. I have some sympathy for these people who are driven to this by loneliness. However, it doesn’t justify putting another animal through a life of misery.

Primates should never be kept as pets; they are social intelligent animals and should be in their natural environment with their own species or at least in an enclosure that resembles their natural environment.  The pet trade is funding the breeding of primates in captivity and the illegal capture of wild animals. Governments need to impose greater restrictions on keeping primates as pets in order to keep this under control before more people are hurt and more primates are put through this treatment.