Extreme weather, predation and human disturbance are all threats to sea birds up and down the UK coastline. 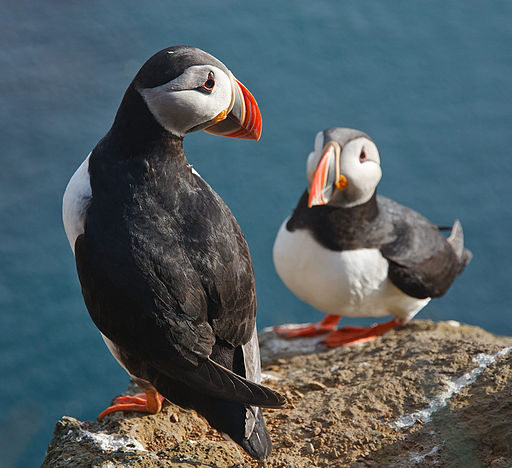 The National Trust has conducted a study of seabirds along the 742 miles of coastline that it looks after in England, Wales and Northern Ireland. It discovered that seabirds are at risk from the triple threat of extreme weather, predation and human disturbance.

The most dominant threat was extreme weather. The study cites the example of the severe tidal surges in Blakeney in Norfolk that occurred last winter. The surges changed the profile of the beach, which caused over half of the population of little terns nesting there to move to lower areas to build their nests. High tides in June, however, caused the nests to flood and proved to be disastrous for the little terns – from a total of 108 breeding pairs, just 10 chicks fledged.

The wet and windy weather of summer 2012 also affected a population of 12,000 Atlantic puffins on the Farne Islands in Northumberland. No chicks were born, as a result of heaving flooding of the puffins’ burrows. Extreme weather conditions such as these are expected to become more frequent and more intense as temperatures increase due to climate change.

The National Trust are stepping up their efforts to protect nesting birds and, from May to August, rangers kept a constant vigil on the breeding site of little terns at Long Nanny in Northumberland. This meant action could be taken quickly should any disaster strike, and helped prevent another incident like the one in Blakeney.

Another serious threat to seabirds is predation, by animals such as foxes, rats and non-native American mink. In 2001, Manx shearwaters were “barely able to breed” on Lundy Island in Devon because of the threat of predators. In partnership with Natural England, the RSPB and the Landmark Trust, the National Trust undertook a managed removal of predators from the island and by 2004 the Manx shearwaters had made a “spectacular recovery.”

The third most common threat was disturbance from people (and their pets) walking along the coast. If nests are disturbed, seabirds can be leave their nests and not return. This leaves their young vulnerable to predators, or the birds can be so stressed that it affects their wellbeing. The National Trust states that they will aim to increase awareness among walkers and visitors to coastal areas, and educate them on the impact of disturbing the nesting birds.

The Trust also calls for more regular monitoring of seabird colonies along the entire length of their coastline, in order to more effectively identify and manage changes. Their study also lists 10 areas of coastline that are the highest priority for breeding seabirds such as Pembrokeshire, the north Norfolk coast, Pembrokeshire and the north Anglesey coast. It also lists the key bird species of greatest importance at National Trust sites, including Sandwich terns, Manx shearwaters, Atlantic puffins and Arctic terns.

Dr David Bullock, head of nature conservation at the Trust, said: “Seabirds are part of what makes the British and Irish coastline so special. A seabird colony is an assault on your senses; it has a unique smell; distinctive calls, such as that of the kittiwake, which sounds just like its name; and they are a fascinating sight as they lift off from the cliff. Our emotional connection with these birds along with what they tell us about the health of our seas means that it is vital for us to look after the places where they nest.”