The leading country in the online trade is China, where 18,590 animal products were found on sale, nearly 78% of which were ivory products.

By Alex Taylor on 5th December 2014 in Animal Conservation 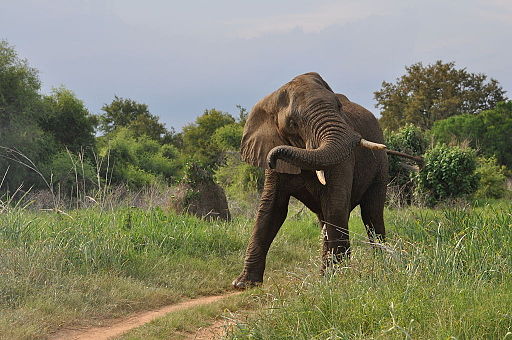 An investigation by the International Fund for Animal Welfare (IFAW) has discovered that thousands of endangered species worth millions of pounds are bought and sold on the internet. The six-week investigation took place between 10th March and 18th April this year, and found a total of 33,006 endangered wildlife species, parts and products for sale.

The report published by IFAW, Wanted – Dead or Alive, Exposing Online Wildlife Trade, states that online sales were discovered on 280 market places in 16 countries. The investigation specifically targeted the sale of species listed on Appendix I and II of the Convention of International Trade in Endangered Species (CITES) which regulates and restricts the trade in wildlife, parts and products. The most traded item was ivory, followed by reptiles and birds. The leading country in the online trade is China, where 18,590 animal products were found on sale, nearly 78% of which were ivory products.

Following China, other countries involved in the trade include Russia, Ukraine, France, Germany and the UK. Here, 1,087 advertisements were found on UK websites during the investigation, offering a total of 1,603 items for sale. These included whole animals such as turtles, tortoises, owls, exotic birds and monkeys, and parts and products from elephants, rhinos, hippos, crocodiles, alligators and big cats, for example tiger claws and snow leopard teeth. Over two-thirds of adverts were for wildlife parts and products rather than live animals, and the items were valued at more than £300,000.

Philip Monsbridge, UK Director of IFAW says demand varies greatly from region to region: “What is clear is that online marketplaces should protect endangered wildlife by working with police and customs to catch wildlife cybercriminals, banning the sale of goods made from endangered wildlife and informing their customers about the poaching crisis and the laws against illegal wildlife trade. We recognise the efforts made by some marketplaces in using the information provided by IFAW, running enforcement programmes and by cooperating with the authorities. At the same time governments need to introduce stronger legislation that specifically targets online wildlife crime and must encourage and support their enforcement agencies in making sure wildlife cybercriminals are apprehended and prosecuted.”

The most popular website for sales was eBay, with 674 adverts. One seller posted 58 ivory and suspected ivory items on the site during the 6-week investigation. Almost 80% of the adverts claimed to be legal – most ivory sellers state that their items are antique, but only 6 adverts actually had supporting proof of the origin or legality of the sale. Traders also use code words to disguise their items and avoid being caught by websites that ban the online trade in ivory.

Following co-operation with IFAW and other organisations, eBay has now introduced even tougher prevention measures on its site and will issue stronger sanctions against sellers who flout its policies on the sale of wildlife products. eBay Director Wolfgang Weber said: “eBay does not tolerate illegal wildlife trade on its site. In addition eBay policies regarding ivory are stricter than the law and generally prohibit all ivory products. eBay is committed to an ongoing programme of strict enforcement working closely with IFAW as well as law enforcement. Acting on information from IFAW and other organisations, we have been able to put new measures in place to prevent sellers from listing items of concern on the site, and in very many cases we are able to remove listings before a sale is made, and then take action against the seller.”