Scientific models also show that it is ‘very likely’ (a term defined by the IPCC as a 90%-100% probability) that the “length, frequency and/or intensity of warm spells or heat waves will increase over most land areas”

By Guest Bloggers on 16th December 2011 in Climate Change, Environment 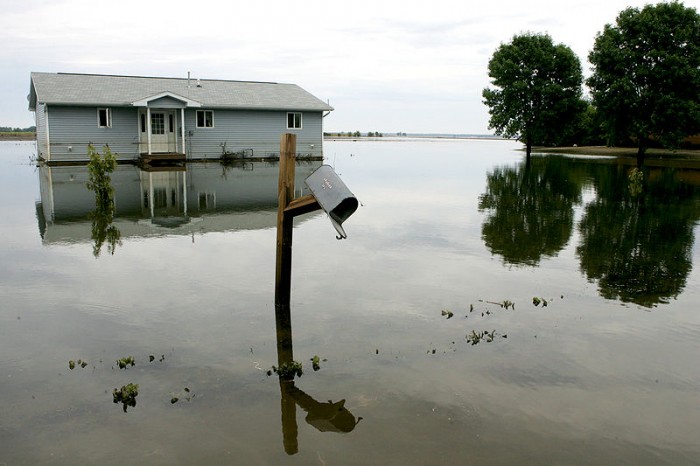 Heavier rainfall, storms and droughts are just a few things that could become more common, the IPCC’s recent report warns. According to this, rising sea levels increase the vulnerability of coasts, whilst an increase in ‘extreme weather events’ will cost national economies billions.

The report was unique in its examination of climate change, as it looked specifically at extreme weather. The IPCC worked with 220 scientists over 2 years in an attempt to create a report containing a definitive judgement on climate change and extreme weather. The report also highlighted the enhanced risk for developing countries, suggesting that they will be the worst hit. This is partly due to their geography, but also because their infrastructure and economies are less resilient than other nations (although developed countries will still feel the pressure).

The summary report had its limitations, as it can be difficult to link specific weather extremes with human influence. Also, there are a large amount of varying factors that affect economic loss caused by weather extremes, so it is difficult to measure. This point could be crucial in the future, when governments from developing countries are asked to fund damage caused by weather originating in their countries.

Although Chris Field, co-chair of the IPCC emphasised that the evidence was clear: “Some important extremes have changed and will change more in the future. There is clear and solid evidence [of this]. We also know much more about the causes of disaster losses.”

Although scientists are unsure about the link between the increase in hurricanes and the warming climate, the report presented a warning for the Northern Hemisphere. There has been a notable poleward shift in storms meaning they could be more likely to hit New York and the coast of Europe.

Scientific models also show that it is ‘very likely’ (a term defined by the IPCC as a 90%-100% probability) that the “length, frequency and/or intensity of warm spells or heat waves will increase over most land areas”. This could mean that record hot days which would have occured once every few decades, could be an annual occurrence.

The report did not identify many links with floods as they are affected by various local factors, such as topography, but it did say that “it is likely that the frequency of heavy precipitation or the proportion of total rainfall from heavy falls will increase in the 21st century over many areas of the globe. This is particularly the case in the high latitudes and tropical regions, and in winter in the northern mid-latitudes. Heavy rainfalls associated with tropical cyclones are likely to increase with continued warming.”

The report also showed a “medium confidence” that droughts will intensify, naming Europe and the Mediterranean region, central Europe, central North America, Central America and Mexico, north-east Brazil, and southern Africa as the most vulnerable areas.

Overall it is my opinion that the evidence displayed in the reports should inspire government action to not only try and change our affect on the environment, but also plan financially for any future damage caused by climate change. If you want to read more of the report go to IPCC’s website.