Penguin parents are arriving at the breeding season later and later in the year because the fish they eat are arriving later. But the later the chicks hatch, the more likely it is that they will still be covered in down feathers when the storms hit. 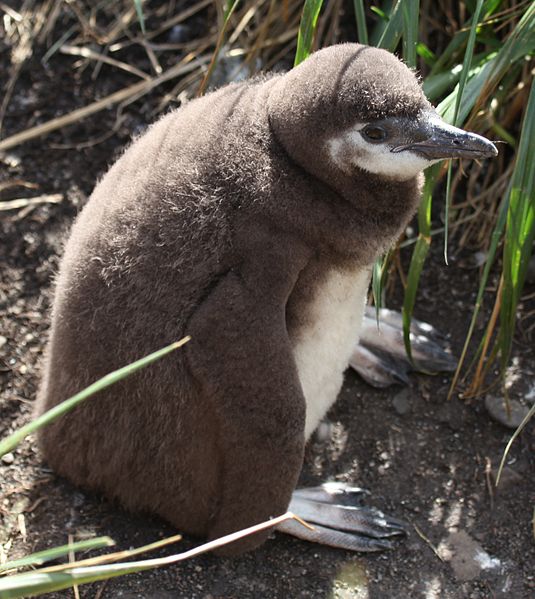 When it comes to climate change, penguins are amongst the hardest hit species. More frequent storms are leaving Magellanic penguin chicks drenched and vulnerable to hypothermia, according to a new study in PLoS ONE.

Between 1983 and 2010 researchers studied the world’s largest colony of Magellanic penguins on the coast of Argentina, where around 200,000 pairs reside from September to February to have their young. They followed 3,496 known-age penguin chicks at Punta Tombo to determine how weather impacted their survival. It was found that starvation and predation were the most common causes of death. However, in some years it was the weather that was the deadliest threat. On average it was the cause of death for 7% of chicks per year, but in one year 50% of chicks died from rain exposure, in another year that figure was 43%.

Rainfall and the number of storms per breeding season have increased at the site, especially in the first two weeks of December when temperatures drop. This is when the chicks are less than 25 days old and at their most vulnerable. At this age they are too big for their parents to sit over protectively, but are still not old enough to have grown waterproof feathers. Therefore, if the birds get too wet they will die of hypothermia. Penguin parents are arriving at the breeding season later and later in the year because the fish they eat are arriving later. But the later the chicks hatch, the more likely it is that they will still be covered in down feathers when the storms hit.

The authors state that “we’re going to see years when almost no chicks survive if climate change makes storms bigger and more frequent during the vulnerable times of the breeding season as climatologists predict.”

Chicks are less likely to survive a storm if they are also suffering from a lack of food, and the researchers found that starvation was a major cause of death. Over the study period, of an average of 65% of chicks dying per year, 40% of those deaths were caused by starvation. The prediction is that starvation and weather will increasingly interact as the climate changes, so what is needed is a marine protected reserve with regulations on fishing to ensure that the penguins have enough food to feed their young.