In 2017, Hurricane Irma offered scientists the chance to study the impact of a severe weather event on white-tailed deer. They discovered that the deer changed their movement rate and their habitat selection, thus are able to alter their behaviour in order to survive. 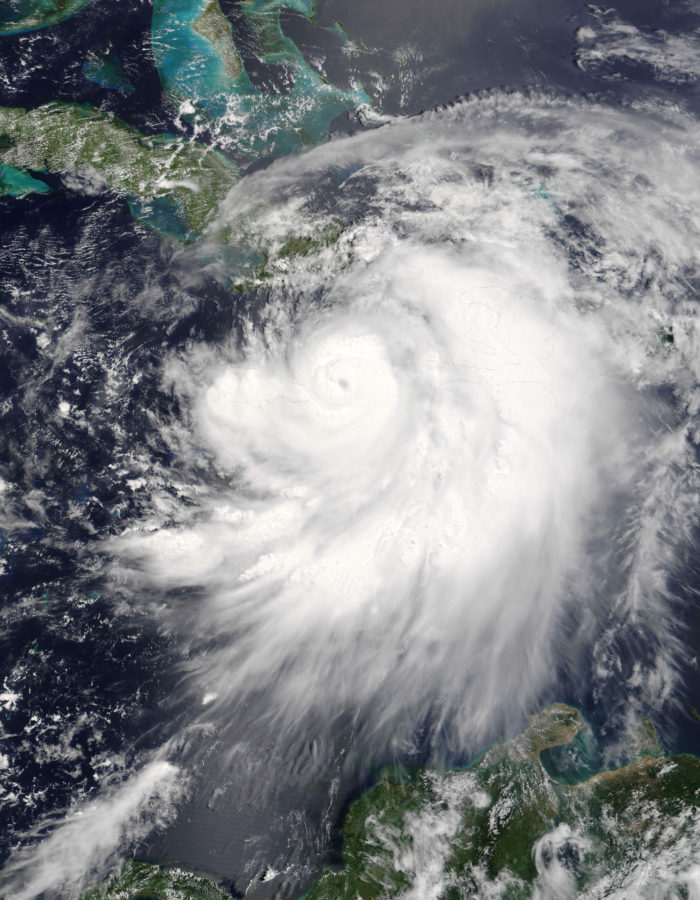 When Hurricane Irma made landfall in Florida in September 2017, the Category 5 storm offered a team of wildlife researchers a first-ever opportunity to observe behavioural responses of white-tailed deer to an extreme weather event in real time. The data collected are providing crucial new insights for scientists seeking to minimise the impacts of severe weather and climate change on wildlife.

Heather Abernathy, a doctoral student in the College of Natural Resources and Environment, detailed the group’s findings in a recent issue of Proceedings of the Royal Society B.

The paper is one outcome from a large, ongoing collaborative study of white-tailed deer population dynamics as well as interactions between white-tailed deer and Florida panther in southwestern Florida by Virginia Tech, the University of Georgia, and the Florida Fish and Wildlife Conservation Commission.

Since 2015, researchers have been monitoring white-tailed deer using GPS collars to track their movements through the Florida Panther National Wildlife Refuge and the northern management units of Big Cypress National Preserve. As Hurricane Irma made landfall, the team was able to track the movements of individual white-tailed deer in real time utilising satellite data transmitted from the GPS collars every four hours.

Using the data collected during the hurricane, the researchers were able to estimate habitat use and movement rates. Heather Abernathy, who was the lead author of the study, said: “We found that the deer, particularly the female deer, increased their movement rate substantially. We also observed that the deer changed their habitat selection during the storm. Typically, deer prefer prairie and marshland habitats during the wet season – those areas have the most prolific forage – and avoid forests because that is the habitat of their main predator: the Florida panther. During the storm, we observed the inverse: deer avoided those areas, selecting the pine forests at higher elevations. More than half of the animals we tracked left their home range for higher terrain.”

These findings suggest that animals have the capacity to adapt their behaviours to survive extreme weather events. Since global climate change has the potential to contribute to an increase in flooding, drought, hurricanes, and tsunamis, this research has broad implications for wildlife behavioural mitigation strategies.

Abernathy explains: “In a lot of our climate change assessments, we make the assumption that animal behaviour is static and that what we observe now is how the animals are going to respond in extreme events, such as hurricanes. What this research demonstrates is that animals have behavioural mechanisms that allow for survival, but those mechanisms aren’t going to be observed until the animals are undergoing a significant event.”

Abernathy’s research has local implications as well – because deer seek higher elevations of pine forests during heavy storms, it is essential that land managers and conservationists protect and manage these environments. They could mean the difference between life and death not only for the white-tailed deer, but also for the endangered Florida panther.