X is for Xmas Birds

It is, after all, the most bird-heavy festive ditty imaginable, with not only the obvious partridges, doves, hens, swans and geese, but oblique references to blackbirds (four calling birds) and depending on source either goldfinches or pheasants (five gold rings).

By Chris Foster on 21st December 2012 in A to Z of British Birds, Bird Conservation 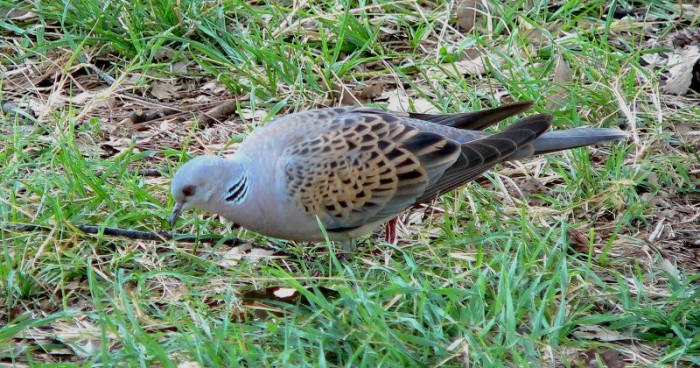 If it weren’t so monotonous I’d be something of a fan of ‘The 12 Days of Christmas’. It is, after all, the most bird-heavy festive ditty imaginable, with not only the obvious partridges, doves, hens, swans and geese, but oblique references to blackbirds (four calling birds) and depending on source either goldfinches or pheasants (five gold rings). Though the origin of the song could be French – in which case the incongruously arboreal partridge in question would most likely be the introduced red-legged or ‘French’ variety, rather than the native Grey or ‘English’ – a recent RSPB press release used the song to highlight very bad news for both turtle doves and grey partridges in the latest wild bird population figures for the UK. And by bad I mean near terminally bad: 60% and 30% drops in numbers in just five years (2005-2010). In the face of such obviously non-glad tidings, news reports have understandably focussed on the prospect of losing both of these well-loved ‘birds of Christmas’ from the countryside altogether. But how realistic is this prospect, and what can be done to prevent it?

Two, One, No Turtle Doves?

Turtle doves have never actually struck me as particularly Christmassy, since by December they are hundreds of miles away on their wintering grounds in sub-Saharan Africa. Perhaps their annual recurrence in song helps turtle doves from being out of our minds whilst they’re also out of sight. As a migratory species, turtle doves may be facing a perfect storm of hunting pressure during spring and autumn passage and changes in habitat and food availability in both European and African farmland, as well as the possible influence of other factors such as trichomoniasis.*Earlier this year the RSPB, in partnership  with Natural England, Conservation Grade and the Pensthorpe Trust, launched ‘Operation Turtle Dove’, a project seeking to address these problems and secure the future of turtle doves, in order that they might not become, in their words, ‘Europe’s passenger pigeon’. These are dire times for what was once a widely known and loved voice of summers, so this is a project that deserves year-round support from those of us who don’t wish turtle doves to fade into history, living on only in Christmas songbooks.

As a year-round resident the grey partridge is to my mind the most seasonal of the pair, especially since it is a popular game bird and therefore evokes something of ‘ye olde English Christmas’. Grey partridges initially suffered during the now familiar story of agricultural change in the decades following the last World War, which changed the face of both farming and farmland wildlife across Europe. It was in fact research into partridge declines specifically, driven in part by the affection in which the grey partridge is held in the farming and shooting communities, which first provided evidence for the actual causes of these observed population changes, and began to develop solutions. Despite the fact that these are now well researched and have been hugely successful at restoring grey partridge populations on many farms and estates, nationwide numbers are clearly still falling. The future of wild partridges in Britain will depend on the collective will of land managers to continue implementing conservation measures across wide areas, but also on crucial funding for nature-friendly farming which helps to keep it profitable.

*A disease caused by the parasitic protozoan Trichomonas gallinae, perhaps more familiar to garden bird watchers as a recent problem amongst chaffinches and greenfinches.