Opinion polls in Malta show that 60% of the people are against the spring hunt, and mass campaigns have taken place for many years, with anti-hunt protesters congregating to disrupt the hunters’ activities

By Alex Taylor on 29th January 2015 in Bird Conservation 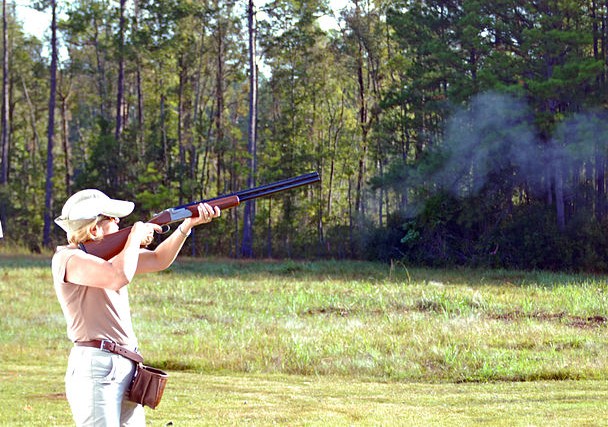 Malta is the only country in the European Union to have a recreational hunt of birds every spring, as they migrate from Africa to their breeding grounds in northern Europe. Over nine thousand hunters are granted licences to shoot five thousand quail and eleven thousand turtle doves.

Unsurprisingly, this has long been the subject of debate and anger by those in favour of the hunt and those against. Opinion polls in Malta show that 60% of the people are against the spring hunt, and mass campaigns have taken place for many years, with anti-hunt protesters congregating to disrupt the hunters’ activities. But they have suffered as a consequence, from threats, verbal abuse and sometimes physical violence. The Maltese army have had a strong presence at spring hunts because in recent years protestors have had their cars set alight and one BirdLife Malta warden was shot in the face.

However, the protestors now have reason to celebrate, as it was announced this month that the Maltese Constitutional Court have allowed a referendum on spring hunting to take place on 11th April. The decision was taken after 13 Maltese charities making up the Coalition for the Abolition of Spring Hunting gathered the support and signatures of over 44,000 Maltese voters – the 10% of registered voters required to trigger a referendum.

Romina Tolu, Campaign Coordinator for the Coalition said: “The process which has led to this decision by the courts was a particularly lengthy one, in which the hunting lobby tried to delay and mislead the people and the courts time and time again. It is now crystal clear that the legislation in question is not an EU treaty obligation and it is more than evident that the hunting lobby were clutching at loose strings from the start.”

BirdLife Malta believes that this is an important moment for democracy in Malta, and says this will see an end to concessions and backroom deals that they say have been made between politicians and the hunting lobby.

Spring hunting and trapping is forbidden by the EU Birds Directive. However, exemptions can be made if certain conditions are met, for example in the interest of public health and safety, for scientific, educational or conservation purposes, or for other “judicious use.” Malta gets an exemption every year to shoot turtle doves and quails. However, many other species that are protected are killed too. Chris Packham was in Malta in April last year to report on the issue. He witnessed the killing of dozens of endangered birds, was shoved to the ground by hunters and was even detained by police for 5 hours. He told The Guardian: “It’s so depressing, then it’s shocking and sad and then it makes you very angry. It’s a bird hell. It’s the last place on Earth you would want to be with feathers.”

Maltese hunters are resentful of UK interference, especially as some British people shoot birds too, but Chris Packham said: “We are all Europeans now. These birds don’t have boundaries. They are flying all over the place. We should be collectively trying to preserve these species. There’s not a nationalist bone in my body. I’m a European, a citizen of Earth. The principle reason for our visit was to show our support for the Maltese people and their feelings on this issue,” he said. His video blogs from Malta raised awareness in the UK of the spring hunt, and raised €55,000 in one week for BirdLife Malta.

Within Malta, famous personalities have launched the ‘SHout – Spring Hunting Out’ campaign to encourage a no vote in the referendum. Campaign Co-ordinator Romina Tolu says: “Over the next three months, we will be providing voters with all the information they need to make the decision to vote ‘no’ on 11 April, to end spring hunting and make Malta better.”

Moira Delia, a Maltese tv presenter and animal activist said that hunters stop people from enjoying the countryside in spring, the best time of year. “Enjoying the countryside is important for our health, it makes us feel happy and relaxed. We all have a right to enjoy a walk with our families without the fear of gunshots or intimidation. It’s your countryside too.” She is referring to the fact that the Maltese public is forced to live with restrictions imposed on assess to the already limited countryside available due to the occupation of it by aggressive hunters who claim public land as their own.

The vote will be challenged by hunters who claim that it oppresses the right of a minority to hunt, but Maltese journalist Saviour Balzan describes their claims as “complete nonsense.” He stated: “Hunters will still be allowed to hunt for five months in autumn, from September until January, they are trying to deceive you by claiming their rights are being eroded. Let us break with the past and with this cycle of hunters’ bullying, intimidation and frightening the people, once and for all. It’s time to vote ‘no’, SHOUT to get spring hunting out.”

The Maltese islands lie on one of the main flyways of wild bird migration, so makes it one of the few places where a wide variety of bird species can be seen – a total of 384 species have been recorded there. Of these, 170 occur regularly during spring and autumn migration periods. Malta could be great location for ecotourism and bird watching holidays. Instead, this potential is ignored by politicians who only seek to appease hunters.

Birds are at constant risk of being killed as they fly over Malta, which can have a real impact on their populations, especially the turtle dove, whose British population has fallen by 95% since 1970. “The birds flying from Africa to northern Europe in the spring are the strong birds. They’ve survived the winter. If we don’t allow these birds to breed, their populations stand no chance of recovery,” said Steve Micklewright, executive director of BirdLife Malta.

Hopefully, the referendum in April will bring good news to Malta – for the people on land and the birds in the air.