The announcement marks the beginning of what is hoped to be a good year for the ‘Alalā, as conservationists are planning to reintroduce some birds from captivity into prepared habitat on Hawaii later in 2016

By Alex Taylor on 10th February 2016 in Bird Conservation 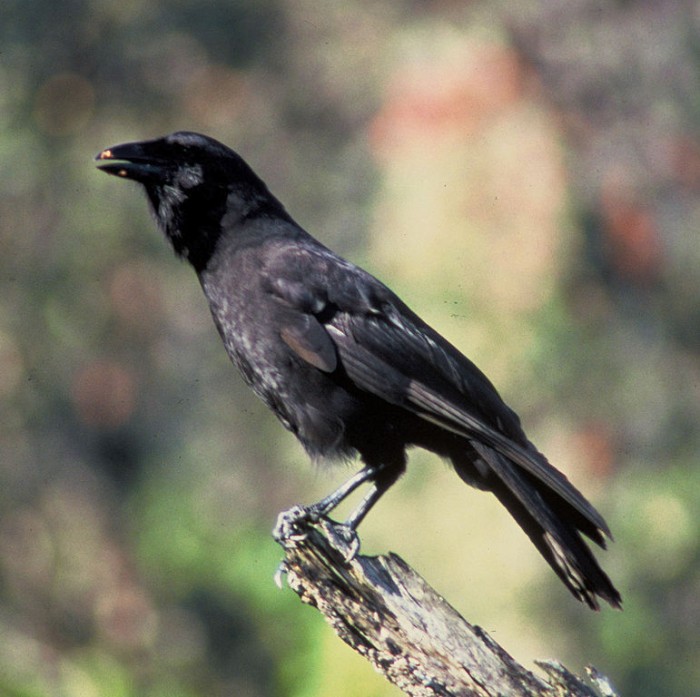 The ‘Alalā, or Hawaiian crow, is officially extinct in the wild. A catalogue of threats led to its demise – chiefly habitat alteration, particularly the reduction of understory food-plants due to the activities of feral ungulates such as goats, sheep and cattle, logging, agriculture and the loss of pollinators and dispersers. In the late 19th century they were persecuted as a pest so were shot, and were especially targeted by pig hunters, as the birds’ calls altered the animals to their presence. Predation by introduced rats, the Asian mongoose and the native Hawaiian hawk also contributed, as did avian malaria and pox carried by mosquitoes.

By 1992, only 11 or 12 birds remained in the wild. The last viable egg was laid in 1996, and the last 2 individuals were seen in 2002, in the Hakalau Forest National Wildlife Refuge on the island of Hawaii. Now only captive birds remain. However, scientists from the University of Hawaii and San Diego Zoo Global recently made a breakthrough that will help the future reintroduction and conservation of the ‘Alalā – they have fully sequenced the bird’s genome. As the species was reduced to such low numbers, this will be an important aid to track any genetic challenges that may occur due to the reduced genetic diversity now seen in the species.

“In our efforts to bring species back from the brink of extinction, we have worked with a number of species that have gone through a genetic bottleneck, possibly reducing the genetic fitness of the species due to the limitations of the remaining genetic diversity,” said Oliver Ryder, geneticist for San Diego Zoo Global. “Knowing in detail the genetic pattern of the ‘Alalā will help us to understand challenges faced by this species as it makes its recovery.”

The announcement marks the beginning of what is hoped to be a good year for the ‘Alalā, as conservationists are planning to reintroduce some birds from captivity into prepared habitat on Hawaii later in 2016. Captive breeding began in the 1970s but few fledglings were produced until eggs from wild nests were harvested and hatched in the 1990s. Between 1993 and 1999, 27 captive-reared juvenile birds were released, but by the end of this period, 21 birds had died and the remaining 6 were taken back into captivity to protect them and preserve their genes. In 2011, the captive population stood at 94 individuals.

“We have been working for many years to build up a large enough – and genetically diverse enough – population to allow us to begin putting the ‘Alalā back in the wild,” said Bryce Masuda, conservation program manager of the San Diego Zoo’s Hawaii Endangered Bird Conservation Programme. “We have achieved our goal, and are now preparing to release birds into the wild in 2016.”

The information found in the genome sequence, and the birds genetic fitness, will be a useful tool to ensure the ‘Alalā makes a comeback from the brink of extinction and thrives in the forests of Hawaii once more. Jolene Sutton, assistant professor at the University of Hawaii, Hilo, says: “Learning more about the genome of the species can help us understand more about how that species will interact with and fit back into its native habitat…we now have a map of ‘Alalā DNA that could prove critical to their long term recovery. We are absolutely thrilled with the quality of the sequencing, and we have already identified several gene locations that we think could have a big influence on reintroduction success.”