Home › Articles & Blogs › Should we Allow Species to go Extinct?

Should we Allow Species to go Extinct?

Most extinctions in the past have been due to natural causes, but now we live on a planet which is increasingly shaped by the actions of man. 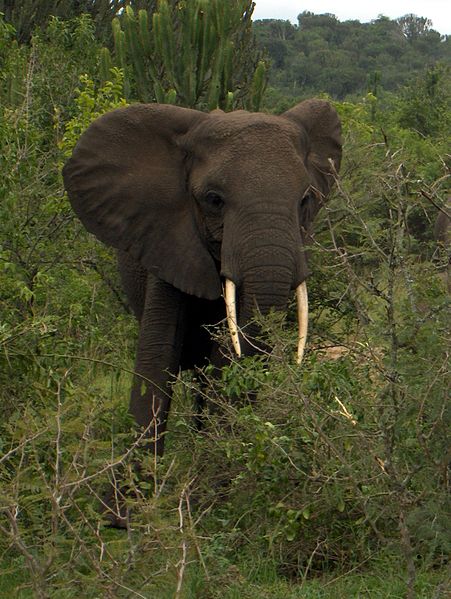 The planet is currently in its sixth extinction period, and if species – area theory is to believed we could be losing 140,000 species a year at the moment. It comes at no surprise then that a new paper published in Biological Conservation looks at the past attitudes of conservationists towards species extinctions.

In ‘Species extinction is a great moral wrong‘ Philip Cafaro suggests we have a moral obligation to protect species. Most extinctions in the past have been due to natural causes, but now we live on a planet which is increasingly shaped by the actions of man. In fact some call the current epoch we live in the Anthropocene because man is having such a big influence on the environment.

Cafaro talks about one paper where the authors believe species extinction isn’t morally wrong. In ‘What is Conservation Science?’ Karieva and Marvier suggest that we need to be more realistic when the presence of animals becomes incompatible with economic development. For example, they say extinctions should be nothing to worry about as long as they don’t affect us. However, are we really immune from the impacts of species extinctions?

Species which prey on or parasitise the species in question will certainly be impacted. Many animals and plants have value to us, providing food and helping draw in tourists to countries. We couldn’t imagine a world where there weren’t any cattle, so why should we let less valued species go extinct. In fact even some highly valued species, such as rhino and elephant, are slipping towards extinction because we are failing to protect them.

Cafaro goes on to explain that humans benefit from many ecosystem services, such as food, fresh water, climate regulation and recreation. Therefore if ecosystems collapse due to the loss of a species we will certainly feel the effects. For example, elephants are a keystone species and their continued loss to poaching could change the entire functioning and look of the African ecosystems they reside in. Would we still visit Africa for safaris if the landscape looked completely different?

In addition we should think about the destruction of the Amazon rainforest. It is believed there are still many species to be discovered in the Amazon, yet the rainforest continues to be destroyed. Trees help to regulate the planet’s climate and their destruction can only aid the current climate change we are seeing today.

Some ecosystems are more likely to be resilient to change than others, but if we let extinctions happen we should proceed with caution because we may not know where the tipping point is. We need to think about if we have the right to just let species become extinct, especially in an age where we are the main cause of most extinctions.

In conclusion, the paper by Cafaro finds there are mixed opinions about species extinctions in the scientific community. Human population growth certainly poses a threat to species the world over. It is going to be a challenge to reduce the number of species extinctions, especially those caused by humans. There is definitely room for us to protect species and their ecosystems as well as continue our economic development.