New research shows that the presence of black bears may protect grey foxes from predation by coyotes. Grey foxes were more likely to be in areas populated by black bears, however when the bears hibernate, the coyotes move in and the grey foxes move out. 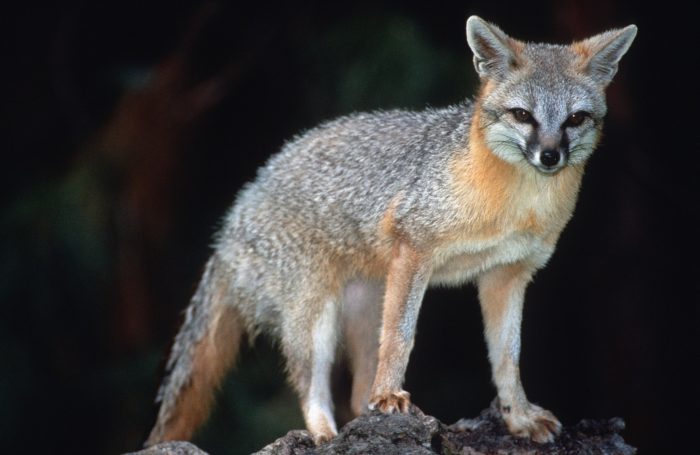 Bears are known for being devoted and protective of their baby cubs, but research from the University of New Hampshire shows that they may also play a significant role in shielding grey fox from predators like coyotes, who compete with the fox for food and space. The research is one of the first studies to show how black bears provide a buffer to allow other, smaller carnivores to safely co-exist.

Rem Moll, assistant professor of wildlife ecology and lead author of the study, said: “Even though black bears and coyotes are the two most common carnivores in North America, we’re still learning how they affect the ecosystems around them. What’s unique about bears is that they hibernate, so they literally disappear for half a year, which we now know can shift animal habits in the ecosystem.”

In the study, published in the journal Oecologia, researchers took a closer look at the hierarchy of carnivores to see if a major life trait, like hibernation, had a significant effect. In the western part of Nevada, near Lake Tahoe, the researchers tracked and monitored the top species of carnivores which included black bears, which are the largest and most dominant species, followed by coyotes, bobcats, and finally grey fox, which are the smallest (a bit larger than a cat) and most subordinate species.

They found that in summer the grey fox stayed close to areas populated by black bears which appeared to provide a top-down buffering effect helping to protect the grey fox from the coyotes. But in the winter, when bears were hibernating, this pattern reversed, and coyotes were three times more likely to move into the now vacant bear territories and the grey fox, no longer secure by the presence of the black bear, moved out. This pattern suggests that the top carnivore – black bears – provided a shield for the grey fox from competition with coyotes. But this “bear shield” was only seasonal, disappearing when the bears hibernated.

“In our field of research, there is something called the “landscape of fear” – the idea that there is a pecking order and that both predators and prey will change their behaviour to avoid getting killed. For decades this was overlooked, so there aren’t a lot of studies showing the connection between black bears and coyotes – two of the most common carnivores in the U.S. – but this work suggests that fear is important in defining the species roles in the ecosystem,” explains Moll.

The researchers say even though this study was done near Lake Tahoe, where black bears were nearly extinct a few decades ago, they believe these instinctual actions could be a very common dynamic in any area where black bears, grey fox and coyotes co-exist.